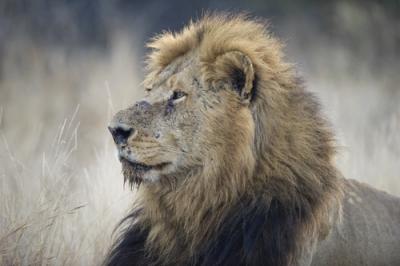 There was a wonderful television commercial some years back for management consulting services. It showed scenes of cowboys on horseback moving herds of cats across the plains. Given the invention of the carrying crate for going to the vet's office, no one these days would think of moving felines using horses. Plus, depending on the cat in question, herding may be outright dangerous to the cowboy. Of course, herding cats is a metaphor for moving independent minded individuals in a common direction, even though their natural tendency would not be to behave that way. There is even a book for managers of highly creative computer programmers with that title. Now while bankers are much easier to herd than computer programmers or a bunch of cats, the circumstances that dictate how bank business grows and how loans are priced and structured in particular often seem beyond anyone's control.
How are lending trends in general? Well, the recently released Federal Reserve's Senior Loan Officers Survey shows that banks are maintaining easier lending standards in Q1 2015 and this is the 16th consecutive quarter that banks have eased lending standards. Large banks are leading the way by easing requirement for large businesses; smaller businesses have seen the same to a lesser degree. Of concern for banks trying to maintain their NIM and earnings, is that banks have reduced credit spreads and have done so for 20 consecutive quarters, once again led by the biggest banks. While smaller banks would like to resist the trends set in place by the larger banks, competition more often than not dictates loan pricing.
C&I loans right now are a desirable asset class at many community banks, given their concentrations of CRE. The problem is that C&I is often difficult to grow. Here, the Fed survey offered good news in that a smaller percentage of banks reported easing terms on C&I in combination with reduced credit spreads. In addition, demand for C&I loans continued to increase at a slightly higher pace than the previous month. In what has seemed like an endless environment of extraordinary competition, this is good news for maintaining and hopefully one day growing NIM.
The good news for community banks is that they typically have higher NIM than larger banks. NIM for the industry is currently 3.14% according to the FDIC, but for banks under $1B in assets NIM is 3.73% (almost 20% higher). The primary reason for the difference is that community banks generally have a mismatch in duration between funding and assets. They tend to fund short and lend longer, with a result of higher NIM. Unfortunately, this also adds more interest rate risk to the balance sheet. Given increases in short-term interest rates likely later this year and with longer rates falling of late, this tactic could produce a very difficult situation down the road.
One way to better prepare is to make sure you have done careful analysis of your bank's balance sheet, and to do so in a completely flat yield curve environment or even with an inverted yield curve. When looking at this analysis, be sure to assess whether your bank's funding costs could overtake its yield on assets. If customers are demanding longer term fixed rate loans, hedging is another way to protect your bank against interest rate risk as bank assets are structured with floating rates.
As for decreasing credit spreads and/or easing standards, we suggest bankers tread very carefully here. Regulators are very aware of the trends and look during exams to be sure banks are not disregarding credit risk in their pursuit of new customers.
In summary, be certain your bank has assets on the books with yields that will rise along with funding costs in an environment of increasing short interest rates. Next, maintain your bank's underwriting policies to protect credit. Third, try to manage your portfolios given possible variations of the yield curve in mind.
All of this may seem like herding cats, but through careful analysis of most reasonable scenarios, hopefully everything moves together in the direction you want.
Subscribe to the BID Daily Newsletter to have it delivered by email daily.

Treasury yields fell 3bps by the close of the session as the recent drop in the price of oil triggered fears of deflation.

Yields are unchanged as investors look ahead to the upcoming release of Case-Shiller data later this morning.

The FFIEC has released new revisions banks will be required to use when filing the March 31 call report. The revisions relate primarily to Basel III and change the reporting of risk weighted assets, greater detail on loans and separate reporting of on and off balance sheet exposures that meet the definition of a securitization exposure, etc. The changes apply to all banks.

Bloomberg reports Royal Bank of Scotland Group will write down the value of its US bank, Citizens Financial Group by about $6.2B, as the UK government seeks to reduce its 80% ownership in coming quarters.
Copyright 2018 PCBB. Information contained herein is based on sources we believe to be reliable, but its accuracy is not guaranteed. Customers should rely on their own outside counsel or accounting firm to address specific circumstances. This document cannot be reproduced or redistributed outside of your institution without the written consent of PCBB.