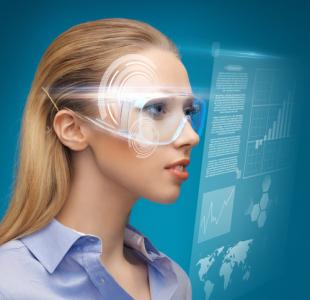 Women In Business And Opportunity

The view of a Venus flytrap up close for the first time brings to mind the 1986 flick Little Shop of Horrors. In reality, the little 6-inch tall carnivorous plant is a far cry from the giant man-eating monstrosity featured in the dark musical comedy, but it depends upon one's perspective of course. The motion of an insect inside the trap triggers a closing mechanism that quite literally seals the insect's fate. The motion of the insect's legs on one set of hairs will not cause the trap to close, but contact with another set of hairs within a few seconds will. This redundant triggering mechanism keeps the plant from wasting energy by trapping objects with no nutritional value.
Like plants, small businesses need the proper nourishment to thrive. This is especially true for women-owned enterprises, which are growing at a faster pace than male-owned businesses. Recent Census data indicates that 7.8MM US businesses are owned by women, accounting for 29% of all nonfarm businesses across the country. The growth is such that a new report by the Kauffman Foundation suggests that accelerating female entrepreneurship could have the same positive effect on the economy as the mass entrance of women into the labor force in the 20th century.
Community banks play a vital role in this continued growth. Historically, women business owners have not had the same access to capital as their male counterparts and while tides have shifted somewhat, evidence suggests it's still harder for women to get financing than it is for men. In CA alone, small business loans given to female-owned businesses dropped 70% between 2007 and 2013, according to a study by the California Reinvestment Coalition. Overall SBA lending by all banks in CA dropped 60% during the time period reviewed - from 14,529 loans made in 2007 to 5,982 in 2013. While credit quality and cash flow may have had a role in the difference, loans to women showed a larger drop over that period.
When it comes to obtaining money to run their business, women tend to rely on their own funds more than men do to supplement gaps in financing. Research has shown that women typically use personal savings as their main source of business funding and often don't apply for business credit because they believe they will be turned down.
In response, banks could be more proactive in helping women-owned businesses understand what doors are open to them. It is important to illustrate not only loan offerings specially designed for enterprises like theirs, but other products that can help them be more efficient in managing their businesses like business checking, cash management and card services.
Studies also show that women business owners can benefit from business mentors and are interested in the help. This could offer an opportunity for your bank to help foster connections. One large bank even trained a team to specialize in supporting woman-owned businesses and in delivering financial products.
Most small business customers need some form of hand-holding and nurturing. Women business owners may be more open and interested than men, so take the time to explore their needs. Financial backing and access to mentors are just a few of the nutrients banks can supply to help women-owned businesses grow to their full potential.
Subscribe to the BID Daily Newsletter to have it delivered by email daily.

Treasury yields rose 3bps as jobless claims came in much lower than had been expected.

As investors wait for GDP to come in, yields are down 4bps this morning.

The Credit Union Times reports Wendy Wall, the former CEO of Pepsi Cola Federal Credit Union (CA), has pled guilty to 1 count of bank fraud, will pay $480,273 in restitution to the NCUA and spend 21 months in prison. Wall reportedly embezzled funds for more than 10Ys by creating fictitious loans on an account and then withdrawing funds for her personal use.

A survey conducted by Carlisle & Gallagher Consulting Group finds the following percentage penetration for devices people say they used for banking in 2014: laptop (84%), smartphone (52%) and tablet (32%).

CNBC reports research by PKF Hospitality Research projects the national average hotel room rate will rise 5.4% this year and some cities will see double that level.

After blowback from Congress following an announcement in the State of the Union address, the White House has reversed course and says it will scrap a proposal to scale back the tax benefits of college savings 529 programs. More than 12mm families in the country use such plans according to the GAO.

A Bank Director survey finds the top 3 biggest technology concerns directors have are around evolving mobile (52%), core processors impeding innovation (33%) and data (30%). Meanwhile, 47% of directors say they discuss technology once per quarter, 30% do so at every board meeting and 17% do so only during strategic planning sessions.

The FDIC is reminding bankers to consider the increased credit risk posed by loan re-pricing opportunities in a rising-rate environment. They point out that as interest rates rise, there may be a potential for increased losses related to marginal borrowers as they struggle to meet higher debt service requirements.

CNBC indicates a report by mobile security firm Lookout finds mobile malware soared 75% in 2014 vs. 2013. Ransomware (locks users out of their devices until they pay a ransom) was one area that jumped in particular.

The New York Times reports President Obama has directed federal agencies to give employees up to 6 weeks of paid leave after the birth or adoption of a child and will press businesses to follow suit.

Copyright 2018 PCBB. Information contained herein is based on sources we believe to be reliable, but its accuracy is not guaranteed. Customers should rely on their own outside counsel or accounting firm to address specific circumstances. This document cannot be reproduced or redistributed outside of your institution without the written consent of PCBB.