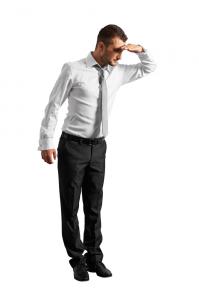 Cheap Gas Is Great, But Look Out Below...

Americans love seeing gas prices drop because a cheaper fill up means more money in our pockets. Consider that the price of a barrel of oil has dropped more than 50% since the summer when it was trading at a level around $105. Now, the price of oil is hitting multiyear lows (yesterday dropping below $48) in what is expected to be a long term trend, due to oversupply and a slowing global economy. Shockingly, Reuters recently projected that oil prices could fall to as low as $20 a barrel.
While lower oil prices are generally good for most Americans, the decline presents another side for states and countries that produce oil. Vox Media reports that low oil prices will boost economic activity in 42 US states but will cause economic contraction in 8 others (the largest effect will be felt in AL, ND and TX). Those states whose economic miracles have been based on shale drilling, fracking and more expensive extraction techniques will particularly be at risk. It is nothing new that commodity based economic growth tends to go boom and then bust, but like many longer term trends, stable oil prices have led to some complacency towards commodity price risk.
The OCC issued a comprehensive look at oil and gas production lending in a new Comptroller's Handbook in April of last year. This was long before there was any indication of the dramatic price drop waiting in the wings, but the analyses of the inherent risks in the industry certainly look prescient now.
Given their size, community banks are most likely to be involved in lending to smaller companies that support the activities of large oil and gas (O&G) companies or the exploration and production segment (E&P). E&P companies typically are independent and less diversified than the major O&G companies. They are also often more flexible and this can allow them to produce at lower cost than their larger competitors, but the lack of diversity can impair their ability to adapt in less prosperous times.
Among the unique aspects to E&P is that certain extraction techniques like fracking and oil shale drilling are only profitable and sustainable if oil prices remain reasonably high. A report by Goldman Sachs finds that at $90 a barrel or less, many hydraulic fracturing projects become uneconomic and fracking producers often need a price of $80 or $85 in order to break even. In the oil boom of the past few years, there has been a large expansion of these smaller producers and many of them will be at risk due to the lower prices. Further, in contrast to most industries in which assets increase and grow over time, O&G reserves and their value deplete.
Bankers know that any lending based on commodity pricing carries increased risk. Consider as well that O&G companies typically have high operating leverage due to the expense of equipment, projects with long lead times and the unknown success of exploration projects. These companies also typically cannot lower expenses if revenue declines, leaving them in a tough spot if the current environment persists.
Banks that have been active O&G lenders should take another close look at their portfolios and consider the ability of borrowers to maintain their cash flows and debt service if the price drop is long term. Proactively addressing the riskiest loans and developing damage control strategies at this point is critical.
No one knows the future of oil prices and while the drop in prices generally equates to more money in most people's pockets, there are drawbacks. We will continue to enjoy the low cost of filling our gas tank, but in the meantime, for banks that lend to the O&G industry, caution is advised.
Subscribe to the BID Daily Newsletter to have it delivered by email daily.

Treasury Yields plunged 8bps as investor fears over the global economy triggered a flight to safety.

Yields are up 2bps as the market gets ready for the December Fed minutes.

The FDIC says it often sees the following recorded in the minutes of board and ALCO meetings at well rated institutions when it comes to interest rate risk: director comments or questions on matters that go beyond the current and prospective interest rate environment and include pricing strategies, product mix, and most notably, the rationale behind policy deviations and underlying causes of changes in the bank's risk profile. You might want to check your minutes over the past 6 months or so to see how you compare.

JPMorgan announced it will pay $100mm to settle a U.S. antitrust lawsuit related to price manipulations in the foreign exchange market.

The CEO of Wells Fargo said he thinks Fed rate hikes done the right way will be a net positive for the Bank.

PwC's 2014 Global Banking Risk Culture Survey finds nearly 40% of respondents do not think there is a good balance of power between the risk and business functions within their institutions. Furthermore, about 42% said they don't agree that risk analysis for products and services is adequate.
Copyright 2018 PCBB. Information contained herein is based on sources we believe to be reliable, but its accuracy is not guaranteed. Customers should rely on their own outside counsel or accounting firm to address specific circumstances. This document cannot be reproduced or redistributed outside of your institution without the written consent of PCBB.