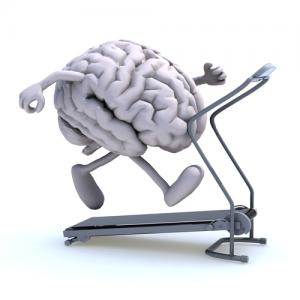 Brainy people are often associated with universities and we know that these great brains contribute to society's body of knowledge. Like a number of other universities, there is also a collection of preserved brains at the University of Texas at Austin, stored in jars of formaldehyde and kept for research. Recently it was found that 100 or so of the brains were missing. As we read the story, we immediately thought of Mel Brooks' movie Young Frankenstein and wondered if Abby Normal had been among the stolen specimens. Unfortunately, it appears nothing as interesting has occurred as the university released a statement saying the brains were actually destroyed in 2002 as part of routine disposal of biological waste. We were hoping for something more colorful.
Banks too can suffer from the loss of brains but the primary culprit here is employee turnover. The economy has improved and along with it bankers have seen improvement in their compensation of late. For its part, Crowe Horwath conducts an annual compensation and benefits survey among financial institutions and found that the past year saw significant increases in compensation for some bank employees, but the biggest gains were specific to certain positions and skill sets. While the survey set is only 196 banks, it found compliance specialists saw an increase of over 18% on average and chief credit officers saw a 12% increase in the past year. Branch managers, personal bankers and tellers saw an average decline over the past 4Ys. Given the decline in branch traffic compared to the emphasis on compliance and credit portfolios, the disparity is not surprising.
There were also some interesting differences between large and small (less than $1B) institutions. Larger institutions were more likely to use above-market compensation as a hiring strategy than smaller ones, but smaller institutions were more successful in differentiating pay between above-average and average performers.
As employee job prospects improve, hanging onto good employees will likely become more difficult. While we all know turnover rates vary widely among different industries (hospitality tops the list at over 29%), banking and finance at 17% (mostly tellers) still represents the second highest group in the survey. The question is, what is a healthy turnover rate? Over all industry groups the magic number seems to be around 10%, but a more important question is which employees are leaving. If top performers are leaving, then everything from morale to earnings suffers. Healthy turnover prunes poor performers and often helps to reallocate the workforce toward more productive activities, but one has to be careful as it can be expensive as well.
Consider that studies find turnover of an employee costs an organization an average of 150% of annual salary. In addition, some 30% of companies said it took a year or longer for a new employee to reach full productivity. This is why efforts to retain top employees are clearly an important tactic for 2015.
One method we don't like in this regard is the counter-offer. While it is the most common, studies find the longer term result is that 70% to 80% of those employees leave within 9 months anyway so you have to act earlier.
Studies find the primary reason employees leave are due to interpersonal relationships, or seeking opportunities for growth, advancement, better working conditions or benefits.
Given all of this, a more proactive tactic is perhaps to conduct a "stay interview", or have regular meetings to discuss issues and concerns. Open dialogue is important as you seek to uncover for each employee what keeps them happy in their jobs. Topics of discussion can include what is most satisfying, least satisfying, whether they feel supported in career goals and are sufficiently recognized. These meetings can also be a format for management to communicate its goals. Retaining and growing quality employees and the brain-trust is a critical component of ongoing success, so perhaps it is time to think about this more.
Subscribe to the BID Daily Newsletter to have it delivered by email daily.

Treasury yields fell 1bp as manufacturing data showed a slowdown for the month of December.

Yields are up 1bp this morning in what is expected to be a calm day.

Cleveland Fed President Mester said she could imagine interest rates going up in the first half of this year, as the economy remains on firm footing.

The US Dollar jumped to an 11.5Y high against 16 other currencies as investors bet strong US growth would lead the Fed to raise rates in the first part of the year.

Analysis by a Notre Dame business professor and an Ohio State associate professor that looked at all transactions of publicly traded merger targets since 2005 (with over $100mm in deal value) found 40% of deals in 2005 attracted director lawsuits vs. 98% by 2013. The median fee paid in 2013 to plaintiffs' attorneys was a whopping $485,000. Investment bankers say it is just part of the cost of a deal these days so bankers should build that in.

Given that branches and the costs associated with them (including staff) make up about 67% of noninterest expenses, look for banks to aggressively push customers to use less expensive digital and self service channels, as optimization initiatives continue this year.

A survey of small business owners by the Wall Street Journal and Vistage International finds about 50% say they expect economic conditions to keep improving in 2015, while 80% expect better sales this year as well.

A survey by Bain finds 35% of banking transactions now happen on mobile phones.
Copyright 2018 PCBB. Information contained herein is based on sources we believe to be reliable, but its accuracy is not guaranteed. Customers should rely on their own outside counsel or accounting firm to address specific circumstances. This document cannot be reproduced or redistributed outside of your institution without the written consent of PCBB.