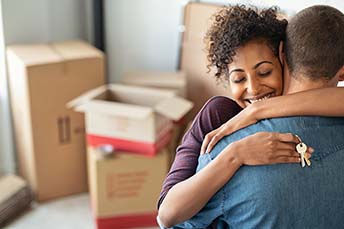 by Steve Brown
risk management
strategic planning
Summary: There has been discussion around the countercyclical capital buffer tool. Would it affect community banks though?
Share this Article:
In case you were wondering, the average person in the US will move about 11x in their lifetime compared to about 4x for people living in European countries. Most people move locally within the same metro (41%), followed by long distance (23%), a nearby city (19%) or move regionally (17%).
Lately, the Fed too has been moving rates around, as the economy shows some signs of slowing. Lurking below the surface is the Fed's tool of last resort - countercyclical capital buffers.
Fairly new to the Fed toolbox, this measure allows regulators to raise capital requirements for the largest banks to help ensure an adequate supply of capital at times of high risk. The idea is that by setting aside more capital, banks would be better situated to withstand a downturn. The tactic would primarily affect the biggest banks with assets above $250B, but its impact would no doubt be felt across the financial spectrum.
There continues to be ongoing debate about whether the Fed should consider using this tool for the first time. The rate has been set at zero since it was first adopted in 2016, yet the Fed can increase the rate to as high as 2.5%.
For community banks, the impact of a hike in the buffer rate would probably be a trickle-down effect. Community banks could, of course, increase their capital holdings in line with bigger banks to try to keep up and be better prepared for a recession. Banks have pointed out though that increased capital set-asides can put a damper on profits and make it more difficult to be competitive.
Further, big banks note that they already are required to keep significant capital holdings. The stress tests they must pass show they are strong enough now to weather a financial storm and continue lending; adding more capital requirements could weaken rather than strengthen banks.
Because big banks are so massive today, making them hoard more capital can reduce the overall supply of capital in the market. That can make capital more expensive. In that scenario, even community banks and their borrowers could see rising costs.
If a recession hits after buffers are in place, the Fed could reduce rates and release capital stored in bank buffers. In theory, this could prevent a credit crunch. A smoother running economy would be good for all banks, but the buffer hasn't been tested. It is far from clear whether releasing buffer capital would fuel economic growth, or if banks would use the extra capital as a stimulus.
The uncertainties around the new capital buffer rules are shown in views recently expressed by members of the Fed Board. Some see signs of economic softening and want buffer rates raised, while others want to "turn on" the buffer without raising the rates.
Ironically, the debate about the buffer can itself influence the economy. If investors see consideration of the buffer as a warning sign of an imminent recession, a sell-off could occur, thus making the warning a self-fulfilling prophecy.
But there is one more possibility in all the talk about countercyclical capital buffers--perhaps the economic growth cycle continues, making buffers unnecessary.
Subscribe to the BID Daily Newsletter to have it delivered by email daily.