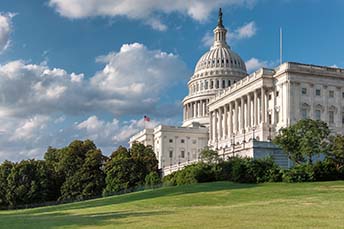 by Steve Brown Topics: human resources, performance
Summary: Team building activities are popular, but rather ineffective. You may want to give social network analysis a try instead.

Bloomberg reports the top US corporate lobbyists this year when it comes to spending are: Amazon ($12.4mm), Facebook ($12.3mm), Northrop Grumman ($11.0mm), United Technologies ($10.5mm), and Boeing ($10.4mm). No matter what you think about lobbying, it is an embedded part of US politics.
Since we don't want to get everyone riled up about politics this morning, let's switch now to something closer to home like workplace team building.
You don't have to look far to find someone who has been pushed to participate in some sort of workplace team building activity, like the human knot or egg drop. Team building exercises have been popular among companies trying to strengthen the relationship between employees and foster better working relationships. While such exercises are often fun, the data shows they are fairly ineffective.
If you are looking to bring work groups together, instead of using typical team building exercises, you may want to try something else: social network analysis. This shows things such as the way that information spreads throughout the bank and where the strongest relationships reside. Once you know this, it can help to build more cohesive and effective relationships.
Social network analysis is essentially a mapping of the relationships that exist among a certain group of people, such as employees. To do this, network graphs are used to identify any kind of relationship patterns that exist within the group, which then gives a clear indication of where there are likely gaps in communication within the institution. Once a visual representation of the institution's existing communication links is laid out, it basically becomes a map indicating the specific relationships that should be strengthened. This allows for far more targeted and effective exercises than the typical generic teambuilding activities.
Pairs of employees who are not comfortable with one another and where communication gaps tend to exist are asked to participate in structured information exchanges. The idea behind these pairings is to foster the gradual revelation of personal information about one another to create greater trust and a bond between such individuals.
One way such information exchanges can be encouraged is through the use of questions. A conversation can be simply opened up with questions such as, "Who would you want as a dinner guest if you could choose anyone in the world?" and gradually accelerates to more personal ones such as, "Who are you closest to in the company and why?"
While this may seem a bit too intimate for some bankers, apparently there is some evidence that suggests it can work. Psychologists have found that companies which use a combination of social network analysis and more targeted information exchange exercises, such as the questions above, have been able to successfully improve the interactions and comfort level between employees.
Doing this tends to benefit not only the team that participated, but also the entire group these employees work within--since information travels freely within the whole organization.
Subscribe to the BID Daily Newsletter to have it delivered by email daily.

Community bankers should note that more and more customers are doing business overseas, as buying and selling now occurs worldwide. In fact, the daily foreign exchange market is now $6.6T.

A Deloitte survey of CFOs at global companies finds that while 87% say digital technologies will disrupt their industries to either a great or moderate extent, only 44% believe their companies are adequately preparing to respond effectively.

Financial institutions seeing long-term, fixed-rate demand from business clients can transform payments into a floating rate on their books using Borrowers' Loan Protection (BLP). Contact us today for more information.
Copyright 2018 PCBB. Information contained herein is based on sources we believe to be reliable, but its accuracy is not guaranteed. Customers should rely on their own outside counsel or accounting firm to address specific circumstances. This document cannot be reproduced or redistributed outside of your institution without the written consent of PCBB.