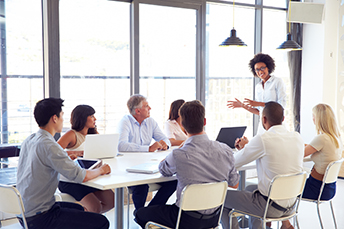 by Steve Brown Topics: M&A, regulatory, strategic planning
Summary: In the past, bank mergers moved at a snail's pace through regulatory approval processes. These days the process is almost 20% faster. Is this a good thing?

Our office has gone business casual unless we have guests visiting. When on the road for customer visits, we still wear traditional business attire. We bring this up because staffing firm Randstad finds 33% of employees would rather have a casual work dress code than an extra $5,000 in pay.
If it seems like things are changing rapidly at the workplace, consider that the same is true across the industry. Take for instance, merger activity. There have been lots of bank mergers in the last few years and it's not just the number, but the speed of those mergers has accelerated as well.
In the past, bank mergers moved at a snail's pace through regulatory approval processes, with mergers that drew any adverse comments taking nearly a year to win approval. But one apparent side effect of the move toward easing bank regulation has been to make it easier to merge.
In 2018, for example, the average time to win merger approval that included adverse comments was just four months. In addition, these days about 95% of applications are now winning approval - the highest approval rate since the Fed started tracking this statistic in 2011.
Whether that's good or bad for community banks is in the eye of the beholder. For those looking to merge, the friendly face of regulators is welcome. For those who bemoan the shrinking ranks of community banks in America though, the easy path to merger promises to speed up the winnowing of the ranks over time.
The Fed did some analysis of the average amount of time it took for all merger applications to be resolved by regulators. It found it took 71 days back in 2015, but that had declined to only 57 days by 2018 - almost 20% faster. That total is for all mergers, including those with or without adverse comments. The analysis also found the time frames for community banks with assets <$1B were even faster at only 53 days.
The accelerated approval process isn't just the Fed acting quicker. It has enhanced the pre-application processes, providing information and guidance in meetings to help merger applicants better understand requirements. This helps avoid delays once an application is filed.
This rapid approval process saves banks time and money and allows merged entities to more quickly get on with the task of creating efficiencies. Those benefits to banks should in turn help customers, as well, so we are fully supportive of this streamlined approach to the regulatory process.
It may take some time to know whether speeding up the merger approval process is a little like the quest for the ideal bed by Goldilocks in the story of the three bears. After all, regulatory approvals should probably not be too slow, or too fast. Let's hope these changes make the process speed "just right".
Subscribe to the BID Daily Newsletter to have it delivered by email daily.

An Apartment Guide report finds 54% of young people on the cusp of college graduation expect to move back home with their parents.

The SEC started to open the door for cryptocurrency startups stating that firms using bitcoin's technology for uses such as raising capital for private companies could satisfy regulators' concerns. This would allow a small number of crypto firms to be approved as digital-asset brokers. Approval would be faster for those not holding client assets.

Cybersecurity is costly for small businesses. Now, some universities, such as Virginia Tech and University of Maine at Augusta, are providing "cyber ranges" in the cloud for businesses to test their cybersecurity skills and train their staff for around $20 per month per user, according to the Wall Street Journal.

Community bankers can credit stress test loans of all types from multiple perspectives and on a portfolio basis. Get expert help doing so and learn about credit stress testing here.
Copyright 2018 PCBB. Information contained herein is based on sources we believe to be reliable, but its accuracy is not guaranteed. Customers should rely on their own outside counsel or accounting firm to address specific circumstances. This document cannot be reproduced or redistributed outside of your institution without the written consent of PCBB.