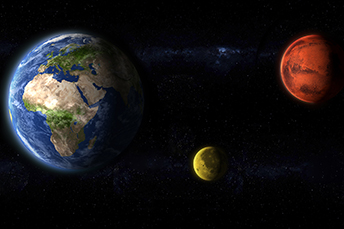 by Steve Brown Topics: M&A, performance
Summary: What is the current outlook on M&A? To acquire or be acquired - is that the question?

If you want to fry your brain this morning a bit, think about the fact that space and time change when they are affected by gravity and your speed. So, if you are on Mars and someone else is on Earth, time is not the same. Also, the faster you travel, the slower time moves. As you think about that this morning, we shift to the world of M&A in banking and its speed in our current time.
To get a handle on things, we take a quick look at data from S&P Global Market Intelligence that finds the number of bank M&A deals closed over the prior 4Ys are: 279 (2015), 241(2016), 256 (2017) and 259 (2018). That is a median of 258 per year or about 21 per month nationwide.
Through a different lens, we look at a survey by Crowe. It asked bank executives who said they were unlikely to acquire in the next 5Ys (multiple choices were requested), why that was the case. Reasons included: preferring to grow organically (75%), too few or no viable acquisition targets in desired markets (38%), believe they will sell their bank (29%), lack the capital or currency to acquire (17%), concerned about the impact of an acquisition on bank culture (17%), believe an acquisition would negatively impact bank profitability (17%) and prices are too high (13%).
The good news is that if your community bank is successful and you have a desirable franchise, you are likely to be on someone's radar for potential discussions about future combinations. These can come from regional banks looking to expand perhaps, even if you have no desire to merge.
For bankers looking to acquire, the #1 attribute when the Fed was raising rates was to find a target bank with a cheap and deep deposit base. At the end of last year, about 71% said deposits were the most important factor, followed by branch locations in attractive markets at 53%. Now that rates have stopped climbing, the needle seems to be quickly shifting back towards concerns about credit and exposures around lending activities.
While bigger banks may be eager to buy other banks to boost deposits and gain market share, they may face difficulty finding targets. While almost 50% of those interested in acquisitions said there are sufficient, viable targets in desirable markets, 39% said the opportunities were insufficient, while 13% were unsure.
Finally, the survey asked respondents to rank various factors in deciding whether to acquire another bank. For banks $1B and less in assets, strong reasons (highly important or important) included such things as: deposit base (about 97% average); lending team or talented lenders (96%); loan portfolio mix (91%); branch locations in attractive or growing markets (90%); and demonstrated loan growth (86%). Meanwhile, factors that ranked at the lower end were such things as: opportunity to enhance technology (62%); new business lines or niches (67%); and executive talent (74%).
It is still early in the year, so no one is too certain where bank M&A will end up, but it will be interesting to watch. This is particularly true when you consider the impact on the industry at the time the mega merger was announced between BB&T and SunTrust. It is also true when you think about the speed of ongoing market volatility, shifting regulation and a host of other factors too.
Subscribe to the BID Daily Newsletter to have it delivered by email daily.

The ABA and 51 state banking associations sent a letter to FDIC Chair McWilliams urging her to ease up on the language around the national rate cap as part of the agency's review of brokered deposits. The group is asking the FDIC to be sure the cap is not applicable to healthy banks in the supervisory process.

The Supreme Court ruled that a business involved only in non-judicial foreclosure proceedings would not be deemed a "debt collector" under the Fair Debt Collection Practices Act (FDCPA).

TD Bank ($303B, DE), a subsidiary of Toronto-Dominion Bank, said it will use Amount's technology platform to power its Fit Loan offering. The online loan targets customers seeking to consolidate debt and apply for unsecured installment loans of up to $35,000.