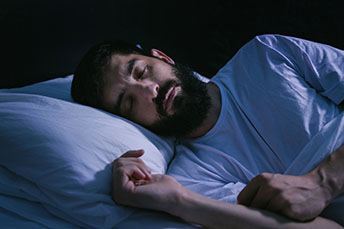 The Fight For Millennial Deposits

by Steve Brown
performance
millennials
funding
Summary: Deposit growth is a top priority for banks, and appealing to millennials may be a way to do it. But, this can be tricky too.
Share this Article:
In case you were wondering or are one of those people who doesn't sleep well, we offer some new information for you to consume. Researchers have found that people who have more social support tend to get better sleep. Now maybe you can go back to sleep!
For community bankers, there is no rest however when it comes to keeping customers happy. In fact, while millennials may be the customers of the future, for the present, their finances appear to be problematic.
Here, BAI research found that traditional bank deposits by millennials declined about 30% in 2018, after dropping 17% in 2017. At the same time, wealthier bank customers have been shifting money out of deposit accounts into investments in hopes of increasing returns.
The double punch has made deposit growth the top priority for banks, according the survey. Last year, deposit growth was not among the top three challenges.
In trying to grow deposits, community banks may have an edge over larger banks, at least for now. As the Fed has raised interest rates, community banks have been quicker to boost savings rates, particularly on CDs, than large national banks. These higher rates at community banks could lead to a bigger draw.
The millennial issue is a tougher one though. The decline in deposits among millennials has several potential sources, including preferences for digital options and other investments. However, a more troubling issue perhaps is the difficulty millennials are having saving money.
Much of that problem is a result of student debt. Millennials carry 300% more student debt than their parents, according to the College Board. This can make it tough to pay bills, much less think about owning homes.
Some community banks may be willing to step in here and try to guide millennials. There are opportunities to offer assistance through financial literacy programs along with money management classes. Several studies have shown financial literacy is an ongoing issue, but the will to learn is strong. One option may be to enlist a millennial employee to spearhead such classes as you mentor them and help your future customers too.
Higher savings rates on deposits are no doubt attractive to customers who do have cash, although appealing to them typically requires more and better digital offerings. If you have the resources, you will want to consider the financial position of the millennial generation, as you develop your digital offerings.
Whatever demographic you target as you try to grow deposits, you are sure to find plenty of competition. Despite these challenges, community bankers are making strides, but the fight is a tough one for sure. In one survey in the third quarter of last year, 64% of bankers said deposit competition had increased and 77% expected competition to be even more heated in the future.
As you focus on growing deposits, you should know that every other banker feels a similar urgency. There is no single recipe for success, but with the right enticement, you may be on your way to winning the fight for more deposits, as you gather up new millennials as customers too.
Subscribe to the BID Daily Newsletter to have it delivered by email daily.

Cardless ATM Fraud - What Your Bank Can Do
Bank features and criminal ingenuity are in an evolutionary arm's race, so it should surprise no one that criminals have figured out a way to turn ATM cardless technology to their advantage. We provide tips for your bank to stay safe.

Community Banks Feel Effects Of The Shutdown
Community banks and their customers are feeling the effects of the government shutdown, now in its fourth week. We give you a rundown of the situation.