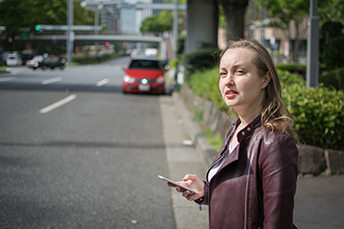 by Steve Brown
lending
business customers
Summary: Over 70% of small business owners name one of the top big banks as their primary financial institution. How to grab more SMB lending from big banks.
Share this Article:
Lyft just announced a subscription based transportation plan. For just $299 per month, you can get up to 30 rides for up to $15 each. Lyft claims this would be cheaper than owning a car. The idea of course is to attract people of all ages, leverage the digital world and keep customers coming to Lyft.
Just as Lyft is doing with its customers, bankers know that small and medium-sized businesses (SMBs) are also important to attract and keep.
While SMB lending has long been the lifeblood of community banking, the appeal of this sector has made it a hard-fought battleground for banks, credit unions and alternative lenders alike.
Indeed, 71% of SMB owners name one of the top six megabanks as their primary financial institution (PFI). That means less than 30% are customers of regional banks, community banks and credit unions combined, according to Raddon research. By comparison, just 41% of retail consumers cite a megabank as their main bank, with regional banks, community banks and credit unions each controlling about 20% consumer relationships.
SMB growth is taking off like gangbusters, as business owners look to capitalize on improved economic and market conditions, per Raddon's Annual Small Business Study. Indeed over 66% of SMBs expect their sales to increase in the current fiscal year. So, it's little surprise that competition for SMB loans will remain high. Here are some options to compete for these loans:
Facilitate additional financing.
According to Raddon, 48% of all SMBs expect they will need some type of extra financing. Whether that is a new loan, or adding balances to an existing loan, or a line of credit, the interest seems to be there. While this represents greater potential demand for additional loans than banks have seen in 10Ys, SMB industry growth supports this expansion. Here, bankers should make sure to repeatedly contact SMBs. Almost 25% of SMBs say they have borrowed through FinTech lenders, as compared to 14% 3Ys ago, according to Raddon's research.
Make more use of online applications.
More than 67% of community bankers say they rarely or never rely on in-house technology for online loans or other digital products, according to research for the 2018 Community Banking in the 21st Century. Yet, online and mobile services are increasingly vital to time-starved, efficiency-focused small businesses. Here, some 57% of SMBs are largely affected by their financial institution's technology resources, according to Raddon's report. Further, 30% of SMBs that specify a large bank as their primary institution said that tech influenced their choice.
Consider why you reject SMB loans.
According to a Fed survey, only 46% of SMBs seeking business loans were approved for the full amount in 2017. That means more than 50% of customer requests fall short or are denied outright. There could be opportunities here, as even FICO and others have changed their scoring methods lately. So, some SMBs could be worth contacting again perhaps. Be prudent, of course, but there could be some nuggets in there.
Subscribe to the BID Daily Newsletter to have it delivered by email daily.

Walking Through Web Forms For Success
As more people are using bank websites or mobile apps to open accounts or apply for other services, bankers need to continue to improve their web forms. We have some considerations to include.

A Whale Of A Salary Or Not?
Various surveys provide insight into employees' salaries and job satisfaction. Some of the results are surprising.