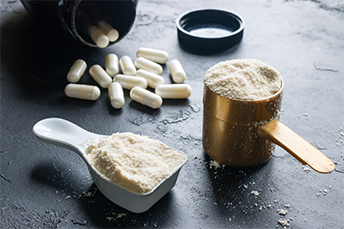 The Skinny On Cannabis, Real Estate And Criminals

People in the US are so diet obsessed that some scary statistics give you plenty to think about. For instance, did you know that in America, research finds: 42% of 6 to 8Y old girls want to be thinner; 46% of 9 to 11Y old girls are "sometimes" or "very often" on diets; 82% of 9 to 11Y olds say their families are "sometimes" or "very often" on diets; 81% of 10Y old girls are afraid of being fat; and 25% of men and 45% of women are on a diet on any given day. People don't seem to know or care that fashion models are thinner than 98% of the US population of women. The obsession and pressure are so great that Americans spend $40B per year buying diet-related products.
As you ponder the impact of all of the issues raised above by the statistics, we diverge to consider the impact of some pressures and issues bankers face.
Specifically, we analyze the pressure on banks around the impact of marijuana/cannabis activity on the industry. Despite actions by states to more broadly legalize marijuana activities, the federal government still stands in the way for banks seeking to explore opportunities here with customers. After all, selling marijuana still violates federal law and handling any proceeds of such a transaction is still considered money laundering. The result is a BSA/AML nightmare and an increased risk profile for banks and bankers alike.
Look no further than recent actions by the federal government. Despite the fact that the Department of Justice extended a 4Y ban on using its funds to interfere with the implementation of states' medical marijuana laws, things here seemed suspect.
In a crackdown reported as recently as last month, federal and local law enforcement agents seized $80mm in marijuana and about 100 homes in CA that were being used to grow it. Funds used to purchase the homes reportedly came from a Chinese-based crime organization that wired in the money. Straw buyers were used to purchase the homes and were reportedly in the US legally. The buyers reportedly came from states including CA, GA, IL, NY, OH and PA.
Of note, this is one of the largest residential seizure and forfeiture operations ever conducted, and it will have an impact on banks that originated the loans to be sure. Prosecutors have moved to transfer ownership of the properties to the federal government, so at a minimum, lenders could be on the hook.
If your bank is trying to figure out what and where your exposures might be in this area too, the tentacles run deep so care must be exercised. The old standard of the Cole Memorandum was rescinded on January 4 of this year by Attorney General Sessions, and FinCEN has yet to issue updated guidance (to its February 2014 memorandum entitled "BSA Expectations Regarding Marijuana-Related Businesses"). As such, financial institutions are caught in no-man's land, and the checklist around customer due diligence and other factors seems to be more in flux these days, as risk and uncertainty have certainly jumped.
Clearly, the recent raid and shifting enforcement winds from DC federal authorities underscore the fact that there is a lot more involved with the marijuana industry. So, banks should be aware and very actively managing risk around this and other potentially related issues.
Subscribe to the BID Daily Newsletter to have it delivered by email daily.

Radicati Group research finds that email is still the leading form of business communication, but instant messaging (IM) is projected to soar 8% annually for the next 4Ys. Employers and employees are leveraging IM as a way to reduce the number of meetings, share updates and get quick answers to questions.

A KPMG survey of business executives at technology-centric firms finds the metrics for measuring success are: 1. Revenue growth; 2. Market share; 3. Return on investment. CIOs are increasingly becoming more important in the business objectives to drive these metrics, as technology development intensifies.

An Alix Partners survey finds: 20% of financial institutions say they do not provide training to their board or are unaware if the board is being briefed on AML and sanctions compliance matters.

According to Gartner analysis, 30% of all global business to business (B2B) companies will be operating some type of artificial intelligence (AI) in at least one of their main sales processes by 2020.

45% of surveyed bank executives and directors believe they can reprice 25-50% of their loan portfolio with a significant rate increase while 28% expect to reprice less than 25%.