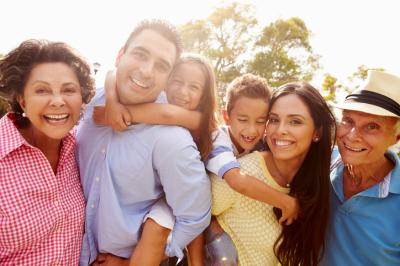 by Steve Brown Topics: payments, cryptocurrency
Summary: Central banks, including @Federal Reserve, are looking at possible crypocurrency opportunities. An update on their progress and thinking.

History teaches us interesting things, not the least of which is how much things change over time. Look no further than average US life expectancy. It has shifted from approximately 40.0Ys back in 1900 to 69.8Ys in 1960. Roll forward 30Ys from there and it reached 75.2Ys (1990), before moving up to 76.6Ys (2000) and 78.3Ys (2016). Life expectancy at this point is projected to reach 79.8Ys (2020) and then push out to 83.9Ys (2050).
Things have shifted in the banking world too over time, as can be seen with cryptocurrencies. These digital currencies are created using computers and are built on cryptography. That is needed to secure transactions (coins). Transactions are stored in a digital ledger (mine). When people transfer funds in and out of the ledger they use an encrypted digital signature. The process of adding coins to the ledger (mining) is really a very complex computation that fits within a puzzle of sorts. As each puzzle is solved, it adds a permanent block of coins to the ledger.
If anything has become clear in the years since cryptocurrencies came on the scene, it is that they are certainly a harbinger of change. As banks and others scramble to understand it all, some cryptocurrencies have gone from being a niche payment method known primarily to techies to something that has become part of the worldwide vernacular.
None of this has been lost on the world's central banks, which is why the Bank for International Settlements (BIS) said the world's central banks will at some point have to decide whether or not to issue digital currencies of their own and regulate them.
Not only is the rapid growth of cryptocurrencies on the radar of central banks, but some have begun aggressively experimenting with electronic currencies to determine how they might ultimately be used as a formally recognized form of currency.
Take, for instance, the Dutch central bank, which created its own version of a cryptocurrency. It has tested its workings internally to get a better understanding of the ins and outs of how such things operate. Similar experiments are being undertaken by central banks in Singapore and Russia, among others.
In the US, the Fed has acknowledged that they too are digging into cryptocurrencies. After all, the US Dollar is the global currency of choice, so we have plenty to lose if cryptocurrencies eventually take over. In particular, the Fed has been looking at the susceptibility of cryptocurrencies to crime, such as cyberattacks, counterfeiting and even any potential privacy issues that could result from their widespread adoption.
One possible scenario recently floated by the BIS would be the issuance of cryptocurrencies by central banks. These currencies would be available to the public and able to be converted with cash and reserves. That adds a fundamental support pillar to the whole thing and would be mostly welcome by financial people.
As consumers have embraced electronic payments and begun using cash less, it appears that central banks have seen the writing on the wall. While it appears unlikely that the US will be the first to go down this road, central banks in other smaller countries may see it as an edge of some sort on the global field.
One of the biggest potential benefits cited by the BIS for central banks to issue their own cryptocurrencies would be the anonymity it provides and the element of speed it introduces into the monetary system. By making the transfer of currency nearly instantaneous, it could potentially be as secure as, if not more so, than the clearing system everyone currently relies on.
All of this is exciting, but there is still a lot of work to do. Even if cryptocurrencies don't see widespread adoption in our extended lifetimes, we will continue to keep you updated as always.
Subscribe to the BID Daily Newsletter to have it delivered by email daily.

Yields bumped up 1bp amid a weak 10Y auction.

Legislation has been introduced in Congress recommending that the CFPB employee pay structure be aligned with the rest of the government.

Brookings Institution research tracking US workforce digitization finds that in 2002 about 56% of jobs studied required low amounts of digital skills, 40% required medium and 5% required high. In 2016 however, the share of jobs requiring low digital skills declined to 30%, while medium popped to 48% and those requiring high digital skills soared to 23%. The data shows digitization is happening all around the country.

For bankers skittish about 2018 risk, we point you to the Basel countercyclical capital buffer. Recall that it showed up in 2010 as part of Basel III capital standards following lessons learned from the credit crisis. Specifically, it is set by regulators after looking at macro-financial conditions, and when things look bad, requires banks to set aside additional capital as a countercyclical buffer. Regulators just voted to affirm the countercyclical capital buffer at 0%, so for now at least conditions are projected to remain decent for the next 12 months or so.