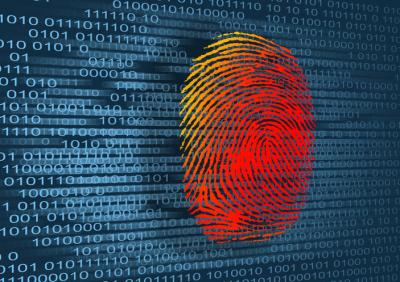 Using something known as paper spray mass spectrometry, researchers from the University of Surrey have developed a new fingerprint test that will accurately detect cocaine usage and identify the user within seconds. It even works after handwashing, which makes the test even more robust and effective.
Technology breakthroughs are happening everywhere and the banking industry often seems like ground zero. Interestingly though, a study finds this may not be the case with many banks.
When it comes to data analytics, for example, many banks are sorely missing the mark. Just 13% of senior executives and independent directors responding to Bank Director's 2017 Technology Survey believe that their institution effectively uses data to serve the needs of existing customers or identify new ones. Yet, 65% say data analytics will impact their institution over the next 5Ys.
Certainly, analytics is critical in banking for many reasons. These include such things as fraud identification, risk management, customer acquisition and operations optimization to name a few. As we've said before, it's not just a matter of collecting data, but rather the ability to slice and dice the information that makes such data usable for your bank.
As data analytics become increasingly important in every aspect of banking, community banks need to take a proactive approach. The results of the survey paint a picture of an industry that's falling behind in some areas. Consider that 61% of responding executives say data analytics doesn't represent a sufficient portion of their technology budget and 21% say the bank hasn't designated any money for analytics or data management.
Another concerning finding from the survey is the frequency of which technology is discussed at board meetings. While 47% say technology is discussed at every meeting, more than a third (38%) say technology is only discussed 1x per quarter and a disturbing 9% say it's only discussed during annual strategic planning.
Given such huge changes going on around banking, the need to address cybersecurity alone makes it incumbent upon boards to discuss technology of all types more frequently, in our view. This is especially true considering that 94% of respondents named cybersecurity as a technology issue their board currently focuses on.
The study also indicates banks may not be doing enough to protect themselves in the event a 3rd party vendor suffers a cyberattack. Consider that 44% believe the bank would be vulnerable if one of the vendors experienced a cyberattack or data breach. Just 21% believe the bank would not be at risk in such an event. The recent Equifax breach is a potent reminder of what can go wrong on the cybersecurity front and a call to action to be even more vigilant with vendors.
Keeping up with technology trends and issues facing the industry is everyone's job at the bank. Whether you are in management, the front lines or on the board, share what you find and stay curious throughout. Doing so can help keep your team better informed, as you map out a plan and budget to support growth in the technology arena. After all, you never know when that next breakthrough may be coming.
Subscribe to the BID Daily Newsletter to have it delivered by email daily.

Yields dipped 1bp as investors focused on 3Y and 10Y note sales and the FOMC minutes.

Efma and Synechron research finds financial institutions say they want their branch design to communicate the following: we are a traditional, trusted and secure financial institution (40%), we provide community and collaboration (24%), we are futuristic and digital-first (18%), we offer convenience and impulsive banking (8%) and we are a millennial friendly bank (8%).

Research by Efma finds 88% of banking executives say their top strategic branch priority is to have self-service options that allow branch visitors to be able to deposit and withdraw cash and checks on their own, without the assistance of branch employees.

The number of board seats held by the average US director shrank from 5 in 1999 to 3 in 2012 according to a Georgia Tech Scheller College of Business research paper.

TSYS research finds that as of the end of 2016, 40% of consumers preferred to pay with credit cards, 35% with debit cards and 11% with cash. The age category with the highest preference for cash was 55-64Ys old at 17%.

The UN Office on Drugs and Crime finds authorities capture less than 1% of illegal financial flows.

Where do I start with CECL? Join PCBB as we discuss the critical steps in getting started with this new accounting standard along with its important nuances. Register
Copyright 2018 PCBB. Information contained herein is based on sources we believe to be reliable, but its accuracy is not guaranteed. Customers should rely on their own outside counsel or accounting firm to address specific circumstances. This document cannot be reproduced or redistributed outside of your institution without the written consent of PCBB.