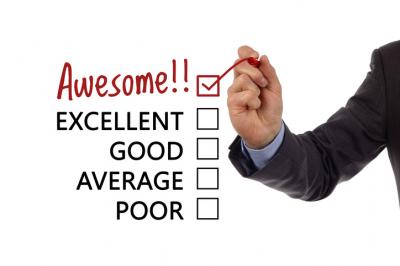 by Steve Brown
Share this Article:
We came across an interesting study that finds businesses that offer great service will see 86% of their customers pay more and 40% will buy more. The flip side is also true, where the study found 78% of people walk away from buying something due to poor service. Clearly service still matters to customers, which is great news for community banks across the country that deliver top notch service time and time again.
In yesterday's BID on asset liability management (ALM) modeling, we focused on a number of assumptions bankers should think about related primarily to the asset side of the balance sheet. But a number of assumptions about deposits are important too and often not well-understood.
Take the issue of betas, or how deposit pricing moves in relation to changing interest rates. Loan rates often move up and down in a direct spread to Prime or a yield curve, but deposits are typically not contractual and therefore move up or down less than loans do. Additionally, deposit rates typically move down at a faster rate (beta) than they move up.
To model this you need to know how your deposits rates have moved historically in response to changing interest rates. To answer this question we need to also turn to a statistical method known as linear regression. This analysis is used to evaluate the "beta" or rate of change in a dependent variable (your deposit rate) to an independent variable (market rate of interest like 3 month Libor or Fed Funds). In addition, this analysis evaluates the amount of correlation (connection or relationship) between the two variables. In short, the higher the amount of correlation the more meaningful the result (and the lower the correlation the less meaningful the result).
Since the rate of change in deposit rates vs. market rates is different in rising vs. falling rate environments, the regression analysis should look at these two situations separately.
Also, without getting too mathematical, bankers are expected to shock rates +/-400bp so the historical look back also needs to include time periods where similar events took place. To achieve that and get a view that incorporates at least two rate cycles, you would need to look back to 1994 in your ALM analysis.
Another part of ALM modeling around deposits includes assumptions regarding decay rates on non-maturity deposits (NMDs). Since these deposits do not have a stated or contractual maturity date, models need to overlay some view of cash flow analysis. That is because these deposits are neither disappearing tomorrow, nor staying with the bank forever.
Put another way, a decay rate on NMDs is a concept similar to a prepayment rate on loans. You are trying to figure out how much of the account balances are expected to go away over time due to changes in customer behavior. These include such things as rate movement, but also the customer no longer liking the bank, moving, a divorce, passing away and a host of others. Since many community banks have about 75% or more of their deposit funding coming from NMDs, the decay rate is a crucial part of the analysis.
Also, since the decay rate is typically applied against the remaining vs. the starting balance, a rate of <100% would result in the balance never reaching zero (it goes on to infinity). Therefore, a final date is applied to drive the cash flow analysis. Here, if the decay rate is high, the final date is not as material to the calculation as if the decay rate is low (much like a prepayment rate). When the decay rate is coupled with a final date, an average life can be derived much in the same way an average life on an amortizing loan would be calculated.
Finally, you might want to explore your deposit mix. Given the huge holdings of NMDs at community banks right now, it is important to look back historically to gain perspective. When doing so, many banks will see the mix was closer to 50%. This shift has occurred due to the low rate environment, which drove borrowers to sit in NMDs because they got little incentive to go longer into time deposits. When modeling rising interest rates, consideration should be given to a potential change in mix too. Regulators expect banks to evaluate this impact at least annually.
Given this plethora of information on ALM over the past two days, we hope a nugget or two have surfaced for you. If this seems complex, it is. But, the good news is that our ALM specialists are available and standing by to assist bankers with any questions.
Subscribe to the BID Daily Newsletter to have it delivered by email daily.

Research by real estate consultant, the Rosen Consulting Group finds homeownership has declined to a 50Y low and that total spending on housing last year as 15.6% of GDP vs. a 60Y average of almost 19.0%.

Allied Market Research projects the global market for smart homes and buildings connected by the internet of things will grow to $35.3B in the next 3Ys. That is a compounded growth rate of almost 30% from 2012 to 2020.