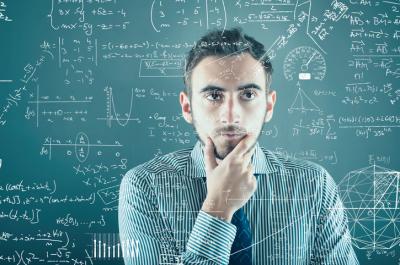 by Steve Brown Topics: BLP,  Borrower's Loan Protection,  LIBOR,  Net Interest Margin,  Yield Curve,  Fixed Rate Loan,  Floating Rate Loan,  Hedging
Share this Article:
There is a joke out there making the rounds that goes something like this. A company was looking to hire a new VP and the finalists came down to a mathematician, a statistician and an accountant. The same question was asked of each of them - how much is 500 + 500. The mathematician went first and answered "1,000." The statistician went next and answered "with 95% confidence it would be 1,000 on average." The accountant went last and answered "it can be what you want it to be as long as it can be adequately explained." We won't tell you who was hired, but it appears the joke may have been written by a mathematician and certainly not by an accountant.
People are funny and we all enjoy a good joke now and then, but what has been happening in the financial markets post-election is certainly no joke to community bankers. The good news is that the yield curve has soared to new heights, along with bank stocks. The curve shift indicates bankers should make more money (a steep yield curve is a good thing for banks) and clearly the investor community agrees.
Many people are still trying to make sense of the recent market changes, so we touch on that here. After the election results, the stock market made substantial gains, while bond prices tanked and benchmark rates exploded higher across all rate indices.
Both swaps and treasury benchmarks have soared about 40bp higher from pre-election levels. Based on where things were, that is about a 25% increase in a month.
What does this mean? For banks that originated fixed rate loans or bought a fixed rate security, values/prices have declined as the economics of that asset lost value due to the rate move.
For example, assuming a cost of funds at roughly 3 month Libor, a 5Y fixed rate asset of $1mm booked on November 1 would have lost approximately $20,000 in value due to the 40bp market move. In addition to a mark-to-market loss on the asset, its net interest margin (NIM) would have declined due to the market movement.
For floating rate assets, the opposite is true. This is to say that for these assets mark-to-market would have improved and NIM would have improved due to upward movement in rates.
Consider that NIM on fixed rate assets is always at risk of compression. This is especially the case in a rising interest rate environment. The key thing to takeaway here is that no matter your politics, the outcome of the election has significantly increased expectations for future rate increases.
In fact, current market expectations are pricing in a 100% probability of a 25bp hike at next month's FOMC meeting and forecasts have strengthened for additional hikes in 2017. Doing the quick math, the $1mm fixed rate asset example above indicates a loss of about $500 per 1bp of upward rate movement.
Another impact for bankers is a slowdown in refinancing of loans. This tends to extend durations on the asset side, just when you want to originate your purchase to take advantage of higher rates. This could result in longer wait times to reprice now below-market loans or securities.
In a rising rate environment, all things equal, banks should be actively working to decrease exposure to long-term fixed rate loans on the books and seek out floating instead.
Be sure you capture the lag for NIM as well. Consider that a floating rate asset should have already moved higher with rates, while deposit costs are more often tied to movement in Federal funds or prime so may lag. That expands NIM and profitability when it can be achieved.
As you consider what to do next, think about and do the math to calculate the impact of rising rates on the loan book. You can give customers fixed rate loans as you hedge yourself back to floating rate assets, as rates continue to move higher. In such an environment, borrowers will continue to request long term fixed rates to protect themselves; so call us to hedge your loans in order to avoid taking the full interest rate risk and to allow these loans to float on your books - no joke.
Subscribe to the BID Daily Newsletter to have it delivered by email daily.

Research by PwC of board members from financial services companies finds 62% believe their boards should spend more time on strategic planning and 70% said they would like to spend more time on IT risks (including cybersecurity).