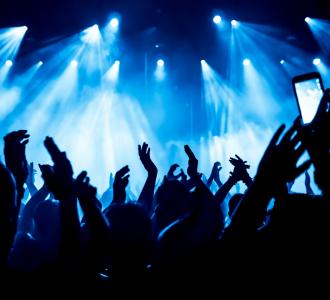 The Gig Economy Is Playing In Your Backyard

Way back in France, the term "gigue" was used to mean "dance." Over the years, musicians have referred to "gigs" when talking about playing music. Historians believe this is how the word gig came into being and where it began.
In the world we live in today, on-demand no longer speaks exclusively to your favorite cable television show or replaying a missed webinar. It has rapidly evolved into the world we live in; a world where you can order drivers, cleaners, shopping assistants and handymen at the click of a button. This economic engine is known as the "gig economy" and it has proven to be hugely impactful to a wide range of businesses. You may not have realized it, but it has also moved into your bank's backyard and it promises to be significant.
You might be asking yourself - what the gig? Basically, the term gig economy generally refers to the vast network of freelancers who earn income from small jobs or another independent source (like renting out a room on Airbnb). It is estimated that more than 40% of American adults now participate in the gig economy.
Like everything about the gig economy, the economic impact is difficult to pin down. One estimate put the amount of income generated by independent work at more than $1T and headed toward $2T over the next 15Ys.
Uber is the definitive gig economy company. Where it leads, the rest of the gig economy is likely to follow. Bankers should note that one area Uber is expanding into is banking.
After all, Uber is based on independent drivers using their own cars and some of these drivers are on the economic fringe. They don't have bank accounts or even own the cars they drive. So, to fill the gap, Uber launched an auto leasing program through a subsidiary called Xchange. It has recently secured a $1B credit facility to fund the program. That means a company that started as an alternative to taxis now competes against banks.
An even more direct challenge to banks is that Uber now offers online checking accounts to its drivers. Called Uber Checking and offered through GoBank, it is often the first account these drivers have held. Uber now has about 160k drivers and as it continues to rapidly expand, chances are so will Uber Checking.
While freelancers like Uber drivers typically work alone, they don't always stay that way. In some cases, freelancers become successful enough to hire others who can handle extra work. That's right - the gig economy actually leads to some new business startups, and in some cases the only banking experience these budding entrepreneurs will have is with an entity like Uber Checking.
What should be clear from all this is that the gig economy is huge, many of its workers are underbanked, and many of them have financial needs. Uber is showing how a company with no bank background can offer bank-like services as an adjunct. This is one area banks will have to monitor closely, as some of these gig companies may attract customers who might otherwise have engaged with banks.
Then there is the whole millennial thing. Consider that over the next 10-15Ys, they will comprise almost 75% of the workforce. They are among the biggest consumers of gig commerce companies like Uber and that is a game changer for banks. They love the idea of freelancing as well. In fact, a recent survey found that nearly 80% would consider quitting their regular jobs to become freelancers. Where will their banking allegiance lie if they take the freelance route?
As a community banker with an eye on the future, it is advisable to learn the notes of the gig economy and try to craft a strategy that sings along. It should focus on how to attract and engage some of those who work in the new economy. Then, when that millennial crosses the road to catch an Uber, the savvy community banker might jump in with a guitar and sing along that old Pink Floyd song "Money" as they tag along and share the ride.
Subscribe to the BID Daily Newsletter to have it delivered by email daily.

Continued uncertainty over a rate hike as the next FOMC meeting approaches, coupled with weak import data, left investors scratching their heads. Yields were unchanged.

The CEO of First Tennessee Bank ($27B, TN) says he does not see a big pick up in M&A discussions right now and does not expect that to change in the coming months. He attributed the slowdown in activity to concern over regulations, the time it takes to get transactions approved, and that some banks may be holding out and hoping higher rates will increase revenue and ultimately valuations.

Fifth Third Bank ($141B, OH) said it will close 44 branches as it seeks to cut costs and adjusts to changing customer behavior. The bank and previously announced it was closing 100 branches.

The OCC said it will soon issue a new proposal that would allow for a future special purpose bank charter for fintech companies.

Research by the Society for HR Management finds the top 3 behaviors that surface when employees are engaged are: employees are encouraged to take action when they see a problem or opportunity (70%), colleagues quickly adapt to challenging or crisis situations (65%), and people in each work group never give up despite difficulties (64%).
Copyright 2018 PCBB. Information contained herein is based on sources we believe to be reliable, but its accuracy is not guaranteed. Customers should rely on their own outside counsel or accounting firm to address specific circumstances. This document cannot be reproduced or redistributed outside of your institution without the written consent of PCBB.