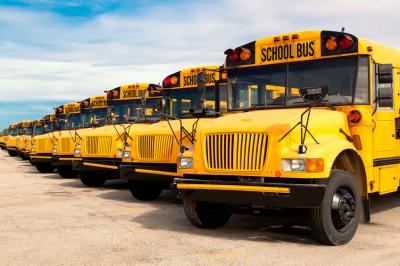 Get On The Bus - Fintech Charters In Play

by Steve Brown
Share this Article:
Twenty-five years ago, Minnesota became the first state to authorize charter schools. Since that time, charter schools have become a hotbed of controversy as they continue to grow in popularity. Supporters claim that charter schools provide a compelling option for families, foster competition and encourage innovation, among other benefits. Naysayers claim that charter schools drain money from public schools and aren't held sufficiently accountable for upholding educational standards. It's an especially politicized topic - particularly in an election year.
We will let you all ponder that issue from your own perspective. In banking though, consider that fintech companies are now clamoring for regulators to create a new chartering system that fits their business lines better than traditional banking.
Recently, a few fintech companies even asked the OCC to relieve the growth pains they are facing from various state licensing hassles. In comment letters, the Chamber of Digital Commerce asked for a "fintech or 'bank-light' charter," while the Innovative Lending Platform Association envisioned a licensing system to "prevent [the] application of an inefficient and duplicative patchwork of state and federal laws."
The OCC, meanwhile, has extended a willingness to consider the option and is in the midst of examining its legal authority to offer such a limited-purpose charter for fintech firms, according to reports. The OCC has reportedly established a working group to consider how a limited-purpose charter could be issued and how fintech firms performing various functions could be regulated.
The topic came up during a June 23 forum the OCC hosted to discuss supporting responsible innovation in the federal banking system. During the all-day forum, fintech and banking participants and OCC Comptroller Curry discussed the potential benefits of a limited-purpose charter for fintech firms seeking to offer financial products and services.
While such a limited-purpose charter could allow a fintech firm to bypass the complicated web of state licensing requirements, Curry noted that a limited-purpose charter presents a number of issues. One question, for instance, is what would happen if the fintech firm went into receivership. Another question is what role other federal regulators would play.
Certainly, there are many industry players who would welcome regulation for fintech firms and banks themselves may even want to switch charters potentially. There have been many clarion calls decrying the fact that fintech firms have relatively free reign to encroach on banks' territory, while banks are significantly encumbered by a host of stringent rules and regulations. The issue has been percolating for some time, but it gained added traction in March when the OCC published a white paper laying out principles on governing the fast-growing fintech sector. It marked the first time a federal bank regulator made a more formal attempt toward regulating the industry.
Outside the US, efforts are already underway to create a happy medium. The UK Financial Conduct Authority, for instance, is working on a so-called sandbox model to allow innovators to test products in the marketplace under the close eye of regulators.
We have no doubt that regulation for fintech firms will eventually come down the pike, though it's unclear at present precisely what it will look like. Politics aside, we hope that the outcome will provide a safer environment for consumers and a more level playing field for banks.
Subscribe to the BID Daily Newsletter to have it delivered by email daily.

1) Citizens Bank ($750mm, TN) will acquire American Trust Bank of East Tennessee ($140mm, TN) for about $19.8mm in cash or roughly 1.11x tangible book. 2) Monona State Bank ($469mm, WI) will acquire Middleton Community Bank ($293mm, WI) for an undisclosed sum. 3) Mitsubishi UFJ Trust and Banking will acquire US investment manager Rydex Fund Services for about $190mm. Rydex's assets under administration are $53.5B. 3) Sunflower Bank ($1.8B, KS) will merge with the parent company of Capital Bank, SSB ($361mm, TX) and The First National Bank of Santa Fe ($1.7B, NM) in a merger of equals for an undisclosed sum.

Bank of America reports it costs about 1/10th as much to do a mobile transaction as it does to use a branch.

Square has launched a new service called Scheduled Deposit that will allow merchants using its product to make bank deposits daily and get same day credit for a 1% fee.

Barron's reports that over the past 12 quarters, about 19% of Wells Fargo's profit on average has come from one-time gains, such as asset sales.

Amazon and Wells Fargo have teamed up to offer a discounted interest rate for Amazon Prime Student customers who apply for Wells Fargo's private student loans. Such students will get a 0.50% discount on any new or refinanced student loan originated through Wells.