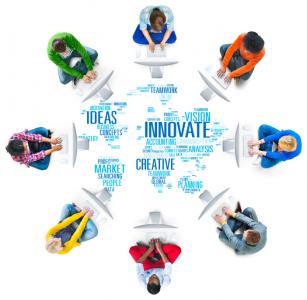 Keep Trying To Innovate To Succeed

by Steve Brown
Share this Article:
If you're not a cycling enthusiast, you may not be aware of the growing market for electric bikes. Countries in Western Europe and the Asia Pacific have been leading the trend, while here in the US electric bicycles are still largely seen as novel sporting equipment vs. a means of everyday transportation. Along these lines, one CA company has sought to jumpstart demand with its Sondors eBike. The company claims to offer the most affordable eBike ever, starting at $499, and offers features that it hopes will make the concept more attractive to the masses. The bike's got a powerful 350-watt motor, all terrain tires and travels at speeds of up to 20 mph. Pretty cool idea and the initial reception has been good, but only time will tell whether the idea will continue to gain traction with US consumers. Regardless, there's something to be said for having the brains and the guts to try out new ideas.
In banking, having the ability to take calculated risks, fail and bounce back stronger is critical these days. To boost your bank's innovative efforts, consider the experiences of Alphabet's Google and Amazon for inspiration. These well-respected and extremely inventive companies are market leaders in part because they haven't let a few lemons sour their outlook on innovation. Rather, they have moved on to the next bigger and better thing, using any lessons learned along the way as a springboard to success.
Take for instance, the lessons Google has learned from its ill-fated attempts with Google Glass. The company discontinued selling earlier versions of the wearable in early 2015. It received lackluster support from consumers, largely due to privacy concerns. But the company hasn't stopped thinking about ways to make the product more appealing. Just recently, the Patent and Trademark Office granted the tech giant the opportunity to give this wearable a makeover. It will be interesting to see what the next iteration of this product will look like and how it's received.
Google has also launched a number of other notable duds since it was founded in 1998, but the company keeps moving forward. For example, Google Video was an attempt to compete with YouTube, but it never caught on, so instead the company bought YouTube. Several years later it shuttered its internal offering while its purchase is going strong.
Then there's Google Notebook, an online app that lets users write notes and save text, images and links inside a web browser. That app became largely overshadowed by Google Docs, which offers comparable, but superior features. Hence, the company dropped Notebook and focused its efforts on the now widely-used Google Docs. It's yet another example of an innovative company willing to pull back in one area in order to move ahead in another.
For all the cool products it's brought to market, Amazon, too, has had its share of flops. Remember the Fire Phone, the online retailer's foray into the mobile phone distributor business? The phone was never well-received and Amazon stopped making it after only about a year. It has focused instead on other projects where it had a better chance of excelling. Amazon's mobile wallet was also pulled shortly after its launch, but the company continues to make strides in the payments space with other ground-breaking ideas.
The takeaway for banks from both companies' experiences is that in order to succeed long-term, you sometimes have to fail over the short-term. It's okay to backtrack if you feel your efforts are getting you nowhere, as long as you're always peddling forward toward bigger and better things.
Subscribe to the BID Daily Newsletter to have it delivered by email daily.

Today Is The Day But Bring Your Umbrella Too

Untangling The Flow Of Disruption

1) Global Payments will acquire Heartland Payment Systems for $4.3B, in a deal that creates a company that will provide payment products to about 2.5mm merchants worldwide. 2) Customers Bank ($7.6B, PA) will acquire the financial aid refund disbursement business of financial technology company Higher One for about $37mm in cash. The business processes disbursements for about 800 college and university campuses and the transaction adds about 2mm student checking customers, interchange fee income and noninterest bearing core deposits.

A report by Bankrate finds: less than 25% of workers expect to receive a holiday bonus this year and only 12% expect a pay raise. Of those who do expect to get a bonus, 35% said they would boost their savings, 22% plan to pay down debt and 17% will buy holiday gifts.

A report on millennials by Bank of America finds that when it comes to financial matters: 94% aren't comfortable going into debt; 88% avoid risky investments; 79% don't want to dip into their savings; 74% receive mobile banking alerts and notifications and 59% use their bank's mobile banking app.

A survey by staffing firm Adecco finds 57% of workers say they judge coworkers by how clean or dirty they keep their workspaces. Also of note, research by the Princeton University Neuroscience Institute finds a cluttered environment limits the brain's ability to process information and restricts the ability to focus.

Bloomberg reports the Bank for International Settlements (BIS) that sets regulations worldwide for banks, is considering raising the leverage ratio from 3% to 5% in an effort to boost industry stability.

Citigroup's CFO said that while the bank remains positive on credit, provision expenses for the industry could ramp up in coming quarters that are large enough to offset any NIM benefit achieved from Fed tightening.

A Market Force Information survey finds 12% of people say they are thinking about switching from their current bank to another bank.