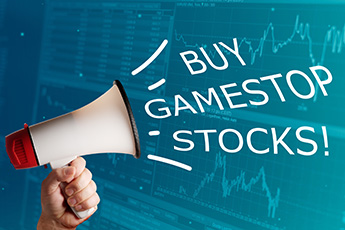 Rising Interest Rates May Shut Some CFIs out of FHLB Funding

industry update
liquidity
capital
Summary: Some CFIs are finding that rising interest rates are causing their current calculated asset levels to show up as negative under the tangible capital rule used by Federal Home Loan Bank. Financial organizations across the country are asking for relief.
Share this Article:
In January 2021, a struggling video game retailer named GameStop suddenly saw its stock price skyrocket from less than $20 to nearly $500, all in the span of a few days. None of it had anything to do with the company. It was a short squeeze drama pitting retail day traders against hedge fund managers. After the craziness settled down, so did GameStop stock, which is currently trading in the low-$20 range. One takeaway from this occurrence is that the stock market may not be the best way to measure the value of a company on any given day.Measuring capital value can sometimes be challenged by the type of scale that is used. Take the tangible capital rule that determines if a financial institution (FI) qualifies for Federal Home Loan Bank (FHLB) advances.Created in 1932, the FHLB system promotes its role as a source of liquidity to FIs, particularly during times of economic stress. In order for an FI to qualify for those FHLB funds and liquidity resources that might otherwise be unavailable to community financial institutions (CFIs), that institution must meet FHLB’s criteria for tangible capital levels. This includes stock assets that may not yield the minimum required amounts under current market rates.That rule is under stress right now as a result of the recent economic conditions, rising interest rates, and low yields that are partly responsible for causing those negative tangible assets. The situation has started to push some CFIs below tangible capital requirements, which would then exclude them from FHLB advances. That could have serious consequences for those institutions.Financial institutions ask for rule modifications.While the problem is thought to have immediate impact on only about 100 CFIs, it is serious enough to draw the attention of the entire financial community. In a letter to federal regulators, 77 financial organizations asked for the rule to be modified, substituting Tier 1 Capital (also referred to as regulatory capital) for tangible assets. That should be enough to ease the situation. Among those who signed are the American Bankers Association and the Independent Community Bankers of America.The primary culprit behind the problem is the rapid rise in interest rates, which has hit some CFIs hard, undercutting their asset values enough to turn their tangible capital levels negative. When that happens, CFIs are cut off from low-cost FHLB advances, which can lead to an immediate liquidity crisis unless they get a waiver from regulators. The continuing rise in interest rates could push more FIs over the line. Some in the financial world are warning that the issue could lead to a fast-spreading liquidity crisis.Blame it on the pandemic and the rise in deposits.As bankers explained in their letter, FIs took in a flood of deposits during the pandemic, and much of that was invested in short-term securities such as treasuries. As interest rates rose, however, the value of those treasuries and other securities dropped. Bigger FIs were more diversified, but many CFIs have been caught in the squeeze, leading some to have to place a negative value on their tangible assets. The CFIs may be perfectly sound, but the tangible asset calculation makes them look like they are in trouble.Viewed one way, the tangible capital rule is doing what it is supposed to do: ensure that FIs with dodgy financials don’t get access to FHLB financing. But as the current situation makes clear, tangible assets may not be the best way to evaluate FIs in the current economic climate.About a decade ago, regulators such as the Fed and the FDIC adopted new rules that used Tier 1 Capital as the primary measure of soundness, but the FHLB continued to use tangible capital. Both methods offer a snapshot of an FI’s condition. But Tier 1 capital casts a wider net and, according to the financial organizations, provides a better reflection of actual conditions. In addition, using Tier 1 would likely alleviate the liquidity crisis for affected FIs.How the Federal Housing Finance Agency (FHFA), the FHLB's regulatory agency, will respond remains to be seen. The FHFA could temporarily waive the rule, change it, or leave things the way they are. Meanwhile, a growing cross-section of CFIs wait anxiously to see if they will continue to have access to FHLB financing.Update: an earlier version of this BID inaccurately stated that the FHLB would make a decision of whether to waive or change the tangible capital rule. This article has been updated to clarify that the FHFA is responsible for regulating the FHLB's standards.
Subscribe to the BID Daily Newsletter to have it delivered by email daily.

Why Open Banking Is Growing Globally
Global open banking activity is predicted to reach $124B by 2031. From enhanced security to meeting customer desires, there is no shortage of reasons why US financial institutions should embrace it.