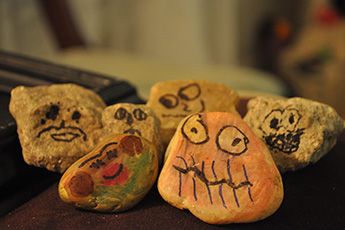 Three Major Trends in IT Spending

technology
artificial intelligence
data privacy
Summary: Trends in IT spending are constantly changing among CFIs. They also serve as the best roadmap for where the banking industry is heading. We provide an update on the latest investments financial IT teams are prioritizing, including three major trends.
Share this Article:
One of the most popular “toys” of the 1975 holiday season was Pet Rock — literally a rock seated on a bed of hay, ensconced within a cardboard travel box complete with air holes. The pet rock was dreamed up by advertising executive Gary Dahl after hearing friends complain about the complications of pet care. Before the pet rock trend died out, he’d sold more than 1MM rocks.Pet rocks may have been a popular trend during the 1975 holiday season, but it’s safe to say the gift would get a rocky reception among today’s children. What is trendy is ever-changing, and nowhere is that more evident than the technology products and services that dominate financial institutions’ (FIs’) spending.General Trends
As we have noted before, IT spending among FIs has been on the rise for quite a while now. But the areas where the money is being spent are constantly shifting. FIs were expected to spend $623B worldwide on technology in 2022, according to Gartner, with IT accounting for 42% of the spending. Software is a major priority and is expected to account for $149B of that overall spending. While the final stats are yet to be posted, we can assume a similar trend will follow. In 2023, here a few trends that are expected to be among the top IT spending areas for FIs.
As personalization becomes an increasingly important differentiator for CFIs, institutions are only likely to continue stepping up their usage of the technologies above, among others. While CFIs may not yet need — or have the ability to implement — all of these technologies, it is important to remain aware of these technologies and keep a close watch on what the industry’s biggest players are doing. These nascent technologies could ultimately serve as a roadmap for the direction that industry as a whole is heading in.
Subscribe to the BID Daily Newsletter to have it delivered by email daily.