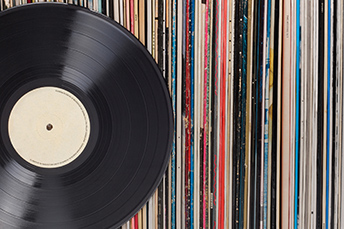 by Steve Brown
technology
compliance
regulatory
regtech
Summary: RegTech adoption is increasing among financial institutions, especially since digital onboarding grew tremendously during the pandemic. Initially, this will drive up compliance costs, as the manual KYC process is automated. Yet, Juniper Research shows that with a streamlined process in place, costs can be cut by more than $460MM. We provide you with the top three FI RegTech priorities.
Share this Article:
Even though music is largely streamed digitally these days, there is a resurgence of vinyl too. Believe it or not, vinyl records have been around since 1948. The first LP (long play) record was crafted by Peter Goldmark with approximately 21 minutes of playtime on each side.

Though it hasn’t been around since 1948, a technology that has been around for a few years and is getting bankers’ attention is regulatory technology (RegTech). RegTech is rapidly ramping up. In fact, banks will spend more than $130B on regulatory technology by 2025, according to a recent study released last month by Juniper Research. As community financial institutions (CFIs) increasingly move to digital onboarding, automated response, and the embrace of other technologies, there is a tremendous focus on regulation and compliance. Automation and the cost of compliance. Using RegTech can save financial institutions as much as $460MM over the next 5Ys, according to Juniper. Indeed, bank compliance costs will close to quadruple from $33B in 2020 to $130B in 2025, fueled largely by financial institutions’ greater use of artificial intelligence (AI) to automate highly manual tasks. AI and automation have become more important during the pandemic as financial institutions of all sizes pushed customers to digital banking for many of their banking needs  Digital customer onboarding also grew as new customers needed accounts for stimulus funds. Digital onboarding and KYC compliance. Indeed, Juniper’s research predicts that close to 330MM new bank accounts worldwide will be opened via digital onboarding in 2025, almost double the 184MM opened online just 5Ys earlier in 2020. “Digital onboarding has been accelerated by lockdown measures, but ultimately, it is an acceleration of existing trends towards greater digital engagement,” says Juniper researcher Nick Maynard. “Businesses should rebuild their [know your customer] KYC and onboarding processes from the ground up to take advantage of these new capabilities, or they will lose ground to digitally native competitors.”Nearly one in five customers who apply for bank accounts (18%) will do so through an AI-based system by 2025, compared to a mere 4% just last year. The Juniper report identified that the introduction of AI in areas like identity document verification means that businesses can finally move from their still largely manual processes to a fully digital model of KYC. A streamlined, digital KYC process will cut costs by more than $460MM in banking onboarding and will enhance the customer experience at the same time.RegTech priorities. What will financial institutions spend their regulatory compliance technology budgets on? The top issues include:
As the opportunity arises to integrate RegTech into your processes and procedures, you will want to be ready. This digital age means greater efficiencies, but also potentially easier compliance. Costs are coming down, so it could be time to implement some of these technologies. For additional information, you can read our previous article, Staying Compliant With AI.
Subscribe to the BID Daily Newsletter to have it delivered by email daily.