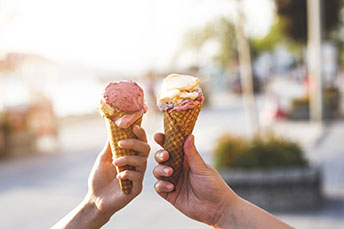 by Steve Brown
lending
SOFR
IRR
coronavirus
Summary: The pandemic seems to have affected the adoption of SOFR. Will this delay the transition from LIBOR to SOFR?
Share this Article:
The summer months usually include lots of ice cream. So, we thought it was interesting to learn that sphenopalatine ganglioneuralgia is the medical term for brain freeze or ice cream headaches. All of us have likely experienced this strange sensation. But, bankers will likely be experiencing sensations of another kind -- relief -- if the transition to SOFR (Secured Overnight Financing Rate) is pushed out due to COVID-19.
The end of LIBOR (London Inter-Bank Overnight Rate) as the common benchmark index for loans and other transactions was supposed to be in phase-out mode this year. Then the coronavirus hit. Financial institutions (FIs) struggling to cope with the virus and myriad economic issues have backpedaled on plans to switch to the new SOFR, so much so that the broad adoption of SOFR by the end of next year now seems highly unlikely. In fact, some are now suggesting that maybe LIBOR isn't so bad after all, especially considering the effort involved in switching to a new standard.
LIBOR worked fine for decades, becoming the standard for adjustable loans. When LIBOR got caught up in a scandal about manipulation by traders, its credibility crumbled. FIs and governments scrambled for a new standard with more reliable credentials. Different jurisdictions around the globe have been pushing different alternatives. In the US, the Fed settled on SOFR, and FIs were supposed to switch by the end of 2021.
But LIBOR is so ingrained in financial transactions that making the switch is daunting. Also, the daily complications stemming from the pandemic have made it exceedingly difficult for FIs to focus on the work involved to switch to a new benchmark. For example, one of the biggest applications of LIBOR is in interest rate derivatives. As of May 8, $17.2B worth of derivatives were traded using SOFR. That may sound like a lot, but at the same time, LIBOR was used on $2.1T worth of derivatives (about 100x more). SOFR still has a lot of catching up to do.
The Fed has been supporting SOFR, but they have been recognizing the issues confronting FIs. The Fed wanted FIs to use SOFR for loans in the $600B Main Street lending program. But the regulator accepted LIBOR after FIs expressed concern in using SOFR. Some view the Fed's reversal as an indication that SOFR is highly unlikely to gain broad traction by the end of next year. Keeping LIBOR in the Main Street lending program gives LIBOR extra time to regroup and demonstrate that it has reformed its ways since the scandal.
If LIBOR regains its stature, and the Fed eases its goal of ultimately replacing LIBOR with SOFR, FIs may be spared the time and cost of making the switch. Judging from the big sigh of relief that came with the Fed's decision to allow LIBOR's use in the Main Street lending program, most FIs are still very far from making the switch. As things continue to unfold here, we will be sure to keep you posted.
Subscribe to the BID Daily Newsletter to have it delivered by email daily.

Whether the transition to SOFR is delayed or not, we make it easy for you by supporting LIBOR, SOFR, and fed funds. Contact us today for more information.