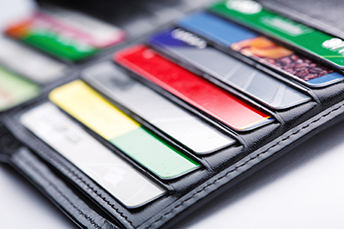 Video Banking Acceptance On The Rise

by Steve Brown
performance
mobile banking
customer experience
Summary: Today, 40% of customers say they would prefer video for doing at least one financial activity, according to Forrester. We review how some institutions are using video to keep these customer happy.
Share this Article:
A survey by US Bank finds 50% of respondents say they carry cash less than 50% of the time. For those who do carry cash, 76% said they have less than $50 on hand, and almost 50% carry less than $20. People just use credit cards now more than cash.
Another thing people are doing more of now in banking relates to video usage. That makes sense when you consider more people use video chat technology now than ever before.
Today, 40% of customers say they would prefer video for doing at least one financial activity, according to Forrester research. That's a pretty significant percentage, which suggests it's an area deserving of more thought by the top brass at community banks.
Certainly video banking gives banks the opportunity to be a differentiator and gives customers access to banking staff or information on their own timeline. While some big banks have adopted the technology, it's still sparsely used at the community bank level. Yet, for community banks, it's something that bears further investigation. Among other things, it affords banks the opportunity to expand customer service hours, enhance mobile banking and attract more business.
There's also a convenience factor for customers. One credit union in IL, for instance, found itself short on loan officers at certain locations. To alleviate wait times, it centralized loan personnel and used video to make them available at every branch, as needed. The result - average wait time for a new loan application reportedly fell to less than 2 minutes from what was previously a 1.5 hour wait.
Most banks and credit unions that have invested in video have opted for interactive teller machines (ITMs). These are basically ATMs with a video connection to a live person. Customers typically use them in-branch or for drive-through banking purposes. Video kiosks are another, lower-cost option some financial institutions have adopted. As these experiments have proved popular, some financial institutions have, or are considering, expanding video capabilities even more.
For some banks, upgrading offerings to leverage video banking in all of its forms can deliver a branch-like interaction with a live person directly to customers quickly and efficiently. Even documents such as photo ID can be exchanged and electronic signatures can be captured. Conveniently, video banking can be done on a mobile phone, tablet or laptop, which affords customers considerable flexibility as well.
One bank in MO is reportedly opening a dozen new accounts a month through its mobile video banking platform. The bank says that things are going so well that eventually these capabilities will be expanded even more. The bank wants to even accept auto and home equity loan applications through its video banking system too.
Video chat may not be for everyone, but it's likely to become more widely used by more customers in the future. Forrester research finds a notable 85% of people who use online video chat say they would be willing to use it again. That seems reason enough for community banks to take a closer look at how video could best be put to use perhaps.
Subscribe to the BID Daily Newsletter to have it delivered by email daily.