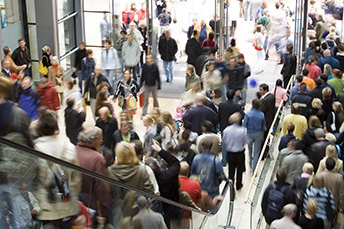 Despite The Push, No Postal Banks Yet

by Steve Brown
competition
Summary: Although there has been talk of the post office getting into the banking business, according to a new Treasury report, this is not happening right now at least.
Share this Article:
We all know the holiday rush can mean a lot of pushing and shoving, if we are not careful. But, did you know that Walmart has used virtual reality to train one million of its employees to deal with this sometimes high-stakes activity? Now you know.
Speaking of pushing, the United States Postal Service (USPS) won't be getting pushed or pulled into the banking business just yet, according to a new report released by the Treasury.
The report is the result of efforts begun in April focusing on how best to overhaul the USPS business model to make it sustainable. Since 2007, the USPS has seen net losses totaling $69B. Given this structurally unsound business model, the review encompassed governance, product pricing, cost allocation, labor practices and other factors.
To better understand this issue, we note that the report indicates the USPS collects, processes, transports, and delivers 146B pieces of mail and packages to nearly 159mm households and businesses annually. It is one of the largest employers in the country with 634k workers and 76% of its operating costs are due to labor costs.
The controversy over postal banking surfaced in 2014, when the Postal Service Office of the Inspector General suggested that offering banking services might be a way for the postal service to become self-supporting.
Supporters jumped on that and said that setting the USPS up to offer banking services could be a win both for the postal service (which urgently needs more income to break even), and for consumers (who pay exorbitant rates to use payday lending services). USPS's more than 30k post office locations seemed to be well suited to support this as well.
Community bankers weren't subtle in dismissing the idea. "It's the worst idea since the Ford Edsel," said Cam Fine, who was then CEO of the ICBA. After all, the USPS just does not have any knowledge of or experience in banking. It is not set up to manage the risks of running such an entity, let alone evaluate potential borrowers or extend credit.
Monday's report was definitive and agreed with bankers. "Given the USPS's narrow expertise and capital limitations, expanding into sectors where the USPS does not have a comparative advantage or where balance sheet risk might arise, such as postal banking, should not be pursued," says the report.
In the 69 page report, the Treasury suggests the USPS explore other business opportunities that don't carry balance-sheet risk. These could include such things as selling hunting and fishing licenses and renting out space to businesses.
The report also suggests appointing a board of governors to direct and control the USPS (without it, the Postmaster General makes all of the decisions); more clearly defining public policy around a Universal Service Obligation (USO) to understand what businesses and citizens need from a government-provided postal service; modifying its pricing structure; better managing costs and many other factors.
Bankers everywhere are probably rejoicing, because at least for now the entry of a government-backed entity into the banking industry seems to be off the table.
Subscribe to the BID Daily Newsletter to have it delivered by email daily.

USPS Banking Services Have Resurfaced
Around 55Ys ago, the USPS ended its postal banking services. Yet, a new USPS check-cashing pilot program seems to be indicating a possible resurgence. The stimulus checks from the pandemic shined a light on the issues for the unbanked in accessing these funds. Now, with some bipartisan momentum, USPS could become a competitor to many community financial institutions. We unpack the details and give some insights.

Lessons Learned From The Exodus Of Challenger Banks
A number of challenger and foreign banks have recently exited or scaled down their presence in the US. N26 is the latest casualty. What’s behind these less-than-successful attempts to come to terms with the US retail banking landscape? We look at the lessons community financial institutions can learn from this apparent exodus.