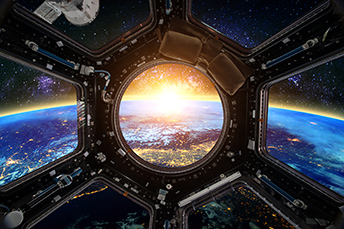 by Steve Brown
technology
digital banking
payments
Summary: Same day payments shot up 243% in Q2 vs the year earlier period. We give you an update for this fast moving area of development.
Share this Article:
A movie out now focuses on NASA's mission to land a man on the moon and in particular, it focuses on the life of astronaut Neil Armstrong. We aren't here to plug the movie, but it did get us thinking and researching. Did you know that there have been 536 space travelers (not including aliens) overall and 12 of those have walked on the Moon?
When you next stare up at the stars, or at the Moon for that matter, consider that closer to home bankers travel daily to the world of ACH with customers. To catch up on the development of same day ACH, here is some information on the giant leaps being made in this area.
To start, we looked at information from the National Automated Clearing House Association (NACHA). It found same-day ACH payments shot up 243% in Q2 vs. the year-earlier period. This is a testament to how popular it is and how many customers may be using it these days.
NACHA reports its service, which was introduced for credits in 2016 and debits last year, continues to gain traction. It has announced several pending changes--to be rolled out over the next 2Ys as well. The upshot is that speed and access for same-day funds will expand, and per-transaction limits will increase. Here's what you can expect in the months ahead:
To be sure, refining the same-day payments regime is a work-in-progress, as it's still in what we'll call the early childhood stage. We fully expect more tweaks will be introduced to the system over time, as the need arises. So, stay tuned.
Subscribe to the BID Daily Newsletter to have it delivered by email daily.