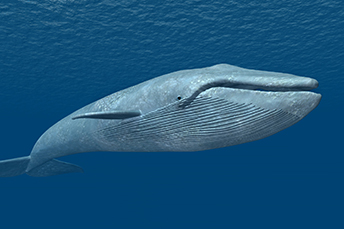 A Whale Of A Salary Or Not?

by Steve Brown
performance
human resources
Summary: Various surveys provide insight into employees' salaries and job satisfaction. Some of the results are surprising.
Share this Article:
If you were wondering which animals are the largest of their kind in the world - wonder no more. Live Science has ranked them and you might be interested to know the largest living animal in the world is the blue whale at 100 feet long. Other interesting critters include the biggest bird (albatross), rodent (capybara), fish (whale shark), marsupial (red kangaroo) and snake (reticulated python).
In the world of banking, some employees may feel their salary is large, while others may not. To get a better perspective, we take a look at two recent surveys that show similar trends.
A Robert Half survey finds 46% of workers profess to be underpaid, compared with 5% who say they are overpaid and 49% who feel they are paid fairly.
Gallup, meanwhile, did its own study of workers' views on salary and found that 43% of workers think they are underpaid; 5% think they are overpaid and 50% say they are paid about right. The percentage saying they are underpaid is the same as it was 8Ys ago, when Gallup last posed the question.
Interestingly, respondents to the Gallup poll say they are satisfied with their jobs, even those who feel they aren't paid enough. That said, it is important to keep listening, as employees that are griping about their pay today are a potential red flag for dissatisfaction and job hopping tomorrow.
To get another perspective, consider a recent Glassdoor report that shows personal bankers make, on average, a base salary of $35,397 per year. Meanwhile, an hourly universal banker makes $14 per hour on average and a teller makes $12 an hour on average. While the applicability of these figures can vary based in part on a bank's location, size and various competitive factors, they are a jumping off point.
Some important questions to ask when considering the salary of employees around hiring time or review time include:
Banks will also want to consider the gender pay gap. Not surprisingly, women in the Robert Half survey were more likely to say they were underpaid compared with men (49% to 44%). Perception may not be far from reality, in this case. The US Census Bureau recently released data showing that women continue to make 80% of what men do.
Banks may not be able to meet all of employees' demands when it comes to salary. But, staying on top of the needs of your employees could help to keep them satisfied with both their job and their salary.
Subscribe to the BID Daily Newsletter to have it delivered by email daily.