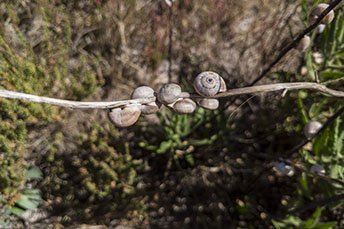 by Steve Brown Topics: lending, C&I, business customers
Summary: Many banks have been assessing their lending criteria and tightening their standards. To show what your peers are doing, we provide you with some highlights of the Fed's latest bank lending practices report.

Hibernation takes place in winter, but estivation (summer sleep) takes place in summer by snails, earthworms, and frogs among others. It may sound tempting to slumber through summer, but lenders are still busy.
With unemployment numbers high, businesses still struggling, and uncertainty still remaining, many banks have been assessing the situation and tightening their lending standards. As you review your situation, we wanted to give you some highlights of the Federal Reserve's latest Senior Loan Officer Opinion Survey on Bank Lending Practices, to help you navigate these unchartered waters.
According to data from the Fed's report, as of the beginning of April, banks had already started tightening up their lending standards for credit card and business loans to where they were in mid-2008 and scrutinizing closely the standards across all other loan categories as well.
The report shows that credit card balances have increased since layoffs began, as people tried to keep themselves financially afloat. Meanwhile, banks started to worry about the amount of debt that may not be repaid. Forty-eight percent of big banks had somewhat tightened the criteria they use to approve credit card applications for households and individuals in Q1 2020, with another 14% of large banks having significantly tightened standards. Meanwhile, 89% of small and mid-sized banks left their standards unchanged. Comparatively, during the same period in 2019 only 21% of large banks said they tightened their lending standards.
Despite rising demand for commercial and industrial loans among all sized companies, banks have dramatically reduced their lending activity on this front. Anticipating permanent closures leading to defaults, 42% of large banks tightened their lending standards for small firms in Q1 2020, and 15% significantly heightening their standards. Among small and mid-sized banks, 24% tightened lending standards, and 8% significantly increasing their standards in this area. Comparatively, 91% of small and mid-sized banks left their lending standards in this area unchanged during Q1 2019.
Banks are also raising the bar for lending standards on household loans, just not at the same rate as with businesses. That, however, could soon change as unemployment remains high and the likelihood of individuals defaulting increases. In particular, banks have been reining in lending for mortgages not guaranteed or subsidized by the Fed and the US Treasury. Such caution has spilled over to home equity lines of credit as well, which could significantly impact consumers who count on tapping their home equity to meet their emergency needs.
While you are likely taking a close look at your lending standards as well, the aggressive tightening among larger banks could also create an opportunity to attract new customers seeking loans. As you assess your local market, you may want to reach out to businesses that appear viable and need a helping hand. After all, this is what you do best.
Subscribe to the BID Daily Newsletter to have it delivered by email daily.

Returning to the Office

According to Reuters, JPMorgan Chase employees may be moved to new desks or floors for "flexible seating" that are easier to clean and disinfect. The bank is also looking to remove furniture from reception areas, limit occupancy of elevators, and reduce cafeteria offerings.

Save Time and Money With our Stress Testing Services

Now more than ever, it is important to stress test loans of all types from multiple perspectives and on a portfolio basis. Get expert help to save you time and money. Learn more about stress testing today.
Copyright 2018 PCBB. Information contained herein is based on sources we believe to be reliable, but its accuracy is not guaranteed. Customers should rely on their own outside counsel or accounting firm to address specific circumstances. This document cannot be reproduced or redistributed outside of your institution without the written consent of PCBB.