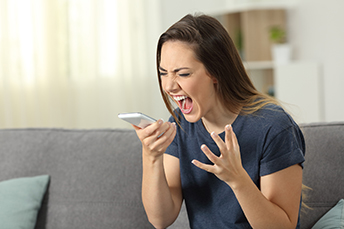 by Steve Brown Topics: payments, business customers
Summary: Contact EMV chip technology has its feet firmly planted in the US and adoption continues to increase. We provide the latest news.

Community bankers are always trying to provide the best customer service, so as a gentle reminder this morning know that research finds: 33% of people will consider switching after just one instance of poor service, and after just one negative experience 51% of people will never do business with that company again. Stay on your toes out there and remind staff.
Another area where community bankers are providing good service is in the payments arena. Here, we note that the US Payments Forum recently published data on the state of EMV chip adoption in the US and other trending industry topics. Some notable highlights:
Contact EMV chip technology has its feet firmly planted in the US and adoption continues to increase. The latest figures show that 63% of in-store payment terminals are chip-enabled and 68% of total transactions today are chip-on-chip. By contrast, in the summer of 2018, chip-on-chip transactions were roughly 57%, representing about 60% of payment volume.
This is certainly a big change from years ago when EMV was just starting to take hold in US markets and there was widespread trepidation over the technology. While there are still issues of slowness to contend with, a number of the kinks have been ironed out making the process even more palpable for consumers.
While the increases in EMV adoption are laudable, the latest report suggests there's still work to be done when it comes to implementing EMV at the gas pump ahead of the expected fraud liability shift on Oct. 1, 2020. If your gas station customers don't meet the deadline--which is proving a challenge for many--they will face the possibility of incurring the liability for fraud rather than issuers. According to a recent Conexxus survey of petroleum retailers, only 42% reported that they already are, or will be 100% deployed by the liability shift date. The biggest hold-ups seem to be in the areas of software, cost, testing and certifications.
Beyond EMV at the pump, the Payments Forum notes that the industry has been stepping on the gas to bring contactless cards to market. In practice, contactless acceptance is ahead of issuance in the US, with 78% of the top 100 merchants accepting contactless payments. Consumers are also leveraging the benefits of contactless, especially at mass transit systems across the US.
Issuers, too, are starting to step up production of contactless cards. Several large banks, including Bank of America, Wells Fargo and others have announced or implemented mass reissuance plans. Smaller players, too, are making contactless more of a priority. Here, many plan to include contactless with the next reissuance cycle, which could be as early as this quarter.
It should be noted that Mastercard issuers representing 75% of its volume are reportedly on board to reissue their products as contactless cards over the coming year or two. Visa, meanwhile, reportedly anticipates 100mm of its cards will be issued in the US by year-end, with the expectation of 300mm by the close of 2020.
For interested banks, the Payments Forum has several EMV and emerging technology-related projects underway, so there is much to monitor and learn about.
Subscribe to the BID Daily Newsletter to have it delivered by email daily.

The IMF said the global economy is now in a synchronized slowdown and the World Bank is projecting global growth this year to be the weakest in 3Ys due to issues swirling around Brexit, a recession in Europe and China/US trade uncertainty.

The Fed Vice Chair for Supervision said the US economy is fundamentally quite solid and any uncertainty is due to trade policy issues.

HSBC announced that is cutting costs by eliminating 10,000 jobs (greater than 4% of its workforce) with 4,000 being cut this year.