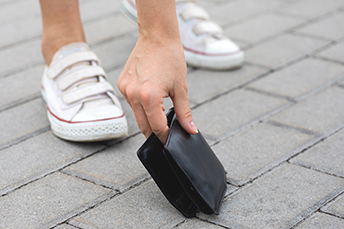 Are You Overscheduling Your Employees?

by Steve Brown Topics: employees, strategic planning
Summary: According to the Harvard Business Review, working long hours not only hurts creativity, but it often leads employees to work less productively. We provide ways to avoid this.

In an odd twist, a recent study finds people are much more likely to return a lost wallet to its owner when it has more money in it. When a wallet has $100 in it, the likelihood is 72% vs. only 51% when it has less than $15 in it.
People are interesting and as part of the never-ending quest for greater productivity and efficiency at work, most people over-schedule their days, leaving little, if any, free time for themselves. As it turns out, doing so can actually be counterproductive and can burn people out.
According to The Harvard Business Review, working long hours or packing a schedule with meetings not only hurts creativity, but it often leads employees to work less productively or to go to efforts to appear as if they are working more than they really are. In some cases, busy schedules or the expectation of 24x7 accessibility can actually motivate employees to become deceptive. In such instances, employees may feel compelled to hide the fact that they actually need down time during the work day.
To avoid burning people out, help employees so they do not schedule themselves with back-to-back appointments. Be sure they have some periods of free time during the work day. Studies have found that such downtime is not only helpful in giving people the feeling of being recharged, but it always gives them some of their most creative opportunities. Given this reality, it is important that all employees have a bit of downtime in their schedules. It is also important for managers to talk to employees, so they know precisely what is expected and feel they are able to meet such expectations in the scheduled time frame.
It is also important for managers to avoid assigning a false sense of urgency to projects that aren't actually time-sensitive. Doing so can ultimately have a negative effect. Managers should make every effort to avoid contacting employees outside of work hours unless it is truly necessary.
Similarly, managers should be encouraged to take some time at the end of each week to review their meeting schedule. Be sure there aren't too many scheduled, and if there are, do not be shy about cancelling them and letting people know why. Be absolutely sure each meeting scheduled is necessary, because they are time-consuming and expensive. Ask yourself if this could be resolved with a call or an email vs. a meeting to further cut down on the number of meetings.
You may also want to try mixing things up a bit by taking meetings outside the conference room, to alternate locations such as a local coffee shop to help reduce stress levels at work. Anything that makes the work environment more fun can only help productivity, so encourage managers to initiate occasional gatherings. Having an ice cream party on a Friday afternoon in summer or something of the sort is always a bell ringer.
For details on how much overscheduling executives can cost your bank, read our recent BID, Cutting Board Meetings-How to Make $6mm in 3Ys.
Subscribe to the BID Daily Newsletter to have it delivered by email daily.

S&P Global Ratings projects the default rate on US speculative grade corporations rated B- or lower could hit 10% between 2020 and 2022. Consumer services and leisure are the sectors expected to have the most defaults in a downturn.

The OCC has identified the following as areas of regulatory focus for the coming year: cybersecurity and operational resiliency; BSA/AML compliance management; commercial and retail credit underwriting practices, oversight and control functions; impact of changing interest rate outlooks on bank activities and risk exposures; preparedness for the current expected credit losses (CECL) account standard; preparedness for the potential phase-out of LIBOR; and technological innovation and implementation. Even non-OCC banks should take note as other regulators will likely be focused here too.

Community bankers face many difficult challenges every year, but you are not alone. Our experts stand ready to help you address a variety of issues. Learn more how we can help with our products and services.
Copyright 2018 PCBB. Information contained herein is based on sources we believe to be reliable, but its accuracy is not guaranteed. Customers should rely on their own outside counsel or accounting firm to address specific circumstances. This document cannot be reproduced or redistributed outside of your institution without the written consent of PCBB.