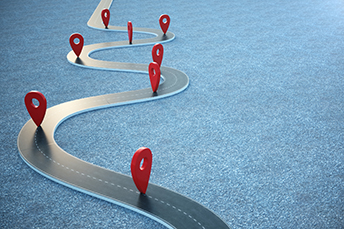 by Steve Brown Topics: strategic planning, leadership, performance
Summary: We have covered succession planning best practices before. Today, we provide you with some good examples of succession planning efforts that your institution may find helpful.

Succession planning is difficult for nearly every bank, particularly when you consider a Bank Director survey that finds 60% of respondents expect their bank's CEO and/or other senior executives to retire in the next 5Ys. Adding to the angst, 55% say they do not have both a long-term and emergency succession plan in place for the CEO and all other senior executives.
We bring this up because even huge banks with all sorts of executives can feel the pinch, when it comes to succession. Look no further than Wells Fargo's well-publicized struggle to fill the CEO slot. Sure they have problems and running a bank that size takes lots of refined experience, but it also highlights the need for community banks to have a successor waiting in the wings. Of course, identifying and grooming a successor can be an arduous task. Yet, it's one many banks should be gearing up for.
We've spoken before about the need to follow best practices when it comes to succession planning. This includes assigning responsibility for the task and creating an emergency plan to ensure all bases are covered. Even so, for some financial institutions, the rubber hasn't met the road. In other words, despite their best intentions, succession planning hasn't quite made it beyond the proverbial to-do list.
In a 2018 Bank Director Survey, more than 37% of banks cited succession planning for executives as one of their top three challenges. Around 26% also said they were dissatisfied with their bank's succession planning efforts. Notably, only around 33% said they had a designated successor for the CEO, which speaks to how widespread this pressing issue is for the industry.
For guidance in this process, banks might consider following the lead of a successful Midwest bank. This particular bank started the process a few years ahead of the planned retirement of its long-time CEO and several other senior executives. Well before the bank had an immediate need, the push for succession planning came from the top down, which set the appropriate tone.
Next, the bank began to assess its existing team. The goal was to evaluate each member's performance and respective competencies. Part of this discussion involved determining a potential successor's readiness to take over a particular role at the present junction, in 1-3Ys, or at some further out point. This helped the bank assess which roles could be filled internally and within what time frame. For positions that had no viable internal candidate, the bank could then more effectively chart its course for hiring externally.
To groom senior executives, banks should consider establishing or beefing up in-house and outside leadership training programs. Of course, effective leadership training costs money, but comfortable succession planning is worth its weight in gold too. To start, you can build a respectable training program with some creativity. One community bank, for instance, tapped state-funded grants and partnered with local colleges to improve the quality of its program.
Generally, the key to successful succession planning is advanced planning. Recent personnel announcements at a number of community banks give us hope that more banks are taking this issue seriously. Still, there's more work to be done.
Subscribe to the BID Daily Newsletter to have it delivered by email daily.

SF Fed research finds "estimates suggest the new normal pace for US GDP growth remains between 1.50% and 1.75%." This is partly due to inevitable demographic shifts, so achieving growth above 1.75% requires productivity growth faster than the US has seen since the 1970's.

Seeking to boost its deposit opportunities and reduce its costs, Citibank has announced it will offer incentives, such as an Amazon prime subscription, Costco membership or even an invitation to private parties with celebrities.