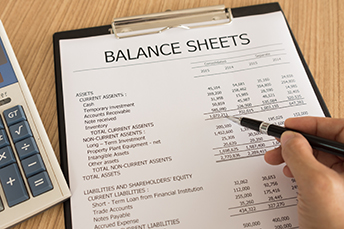 by Steve Brown Topics: regulatory, compliance
Summary: The FDIC is giving well-capitalized smaller banks a break on required capital leverage ratio. Will this help your bank?

Everyone knows bank capital is the difference between assets and liabilities. In its most basic form, if all of the assets were sold and the liabilities were paid back, what is left should be about the same as the bank's capital. The level of capital, regulatory speaking at least, is essentially the pool available to support all of the bank leverage and ensure its solvency.
In an interesting twist on capital, regulators are giving well-capitalized community banks a break on the leverage ratio. The FDIC estimates that more than 80% of the nation's 5,400 community banks could qualify for a simpler capital regime, as proposed on November 20.
Under the proposal, community banks with less than $10B in assets could maintain a leverage ratio of 9% tangible equity to total assets, instead of having to use the more complicated Basel III risk-based capital standards.
The qualifying criteria for institutions include a limitation on the amount of off balance sheet exposures, trading assets and liabilities, mortgage servicing assets (MSA) and deferred tax assets (DTA) arising from temporary differences, and those banks which are part of an advanced approach bank.
In short, if an otherwise healthy, rule-abiding bank exceeds that ratio and those criteria, it will be considered in compliance with all other capital and leverage requirements.
The rule is still out for comment, but at this point at least, banks that change from the simpler Community Bank Leverage Ratio (CBLR) back to the Basel III standards, will have that flexibility. Regulators wanted to make sure the rule was flexible enough to allow for significant changes in business activities that may prompt this change, although this action is probably rare. When opting out, a bank would merely return to reporting under the old capital guidelines and provide the rationale for changing.
Also under the proposal, banks that no longer meet the proposed qualifying criteria would be required (with a limited grace period of two consecutive quarters), either to once again meet the qualifying criteria or demonstrate compliance with applicable capital requirements.
So, now the question may be - is this new leverage ratio low enough to meaningfully reduce community bank capital requirements?
Regulators considered ratios between 8% and 10% and chose 9% as a middle ground that would be broadly available (said FDIC Chair McWilliams). The ABA notes that there is room to go further and the "9% leverage ratio proposed by regulators will still leave too many well-capitalized community banks forced to follow capital rules always intended for more complex institutions."
Most community banks will be able to use the 9% ratio, so we will see how many move to use it, once it goes final in a few months. In the meantime, hang in there and be sure to submit your own comments on the rule.
Subscribe to the BID Daily Newsletter to have it delivered by email daily.

JPMorgan calculates US corporations have repatriated more than $500B dollars in 2018; however the rate slowed toward year end.

Personal savings as a percentage of disposable income was 6.3% in Q3, higher than a 20Y average of 5.9%, according to Bureau of Economic Analysis data.

AriseBank executives have agreed to pay $2.7mm to settle SEC charges for allegedly selling unregistered investments and scamming investors. The executives had promised to launch a cryptocurrency bank, said they had raised $600mm and said they would set up 1,000 ATMs to let users get into their cryptocurrency accounts.