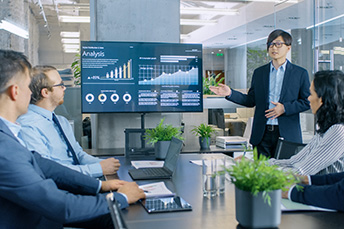 A Strategic Update On M&A Deals

by Steve Brown Topics: M&A, strategic planning
Summary: Some banks have been busy prioritizing M&A. We give you the M&A highlights for the year.

A group of CEOs and senior business executives weighed in for a Gartner survey on their top five strategic business priorities for the next 2Ys. Those that bubbled to the top were: growth (58%); technology-related (31%); corporate (23%); customer (21%) and product (20%). As you get ready to reset the dial for 2019, we hope this gives you a high level snapshot for comparison, relative to your efforts and business priorities.
This year in banking, some have been busy prioritizing M&A. Research by S&P Global Market Intelligence finds that as of mid-October (10/17), there had been 209 bank deals completed or about 1 deal every 1.4 days or so this year.
Projecting this trend through the end of the year, would be about 263 deals annualized. At that level, activity is roughly average when compared to the prior three years of 260 deals.
When it comes to pricing levels, the data shows an up-tick however. Through this same mid-October period, the median deal value to tangible common equity was a reported 1.71x. If that holds or improves, it is poised to be better than both the 1.60x level reached for 2017 and the 1.31x level of 2015.
You might also be wondering about the geographic areas of the country where things are the most active and where they are the least. For this, we take a look at a really nice graphic from S&P Global Market Intelligence. It peppers a map of the US with dots of activity using various colors. At the highest level, what jumps out from that map comes by drawing a straight line right down the middle of the country. Doing so shows much higher bank M&A activity is occurring on the eastern side of the line than the western. By doing a rough count, it appears activity on the eastern side is running about 5 to 1 vs. the western side.
Another question is how quickly new banks are being formed to fill in some of these holes. Here, research by the ABA through September shows just 13 new bank launches since 2010, so there is still plenty of opportunity for the new bank explorers that may surface in the coming years.
Going deeper on the new bank formation front, the FDIC notes the number of community banks is steadily being whittled down in some areas, leading to bigger banks that cover broader geographic areas. The FDIC further notes this trend poses the question of whether the banking industry can serve the needs of smaller communities with fewer community banks, and whether some rural communities will begin to suffer from it.
It remains to be seen what impact rising interest rates and volatile equity markets will have on economic activity and bank deals by the time the calendar turns to 2019. However, as you think about this in context of all of your business priorities for the coming year, it seems like 2018 M&A activity will deliver deal flow that is about average, rising prices and low new bank formation, as the backdrop.
Subscribe to the BID Daily Newsletter to have it delivered by email daily.

Banks should note there was discussion in the FOMC's November meeting around the federal funds market. The minutes of the meeting show participants noted that lending in the federal funds market was currently dominated by the Federal Home Loan Banks (FHLBs). They said potential benefits could be achieved by targeting the overnight bank funding rate (OBFR) rather than effective federal funds rate (EFFR). Participants pointed out that the OBFR has a larger volume of transactions and greater variety of lenders, making the rate a broader and more robust indicator of banks' overnight funding costs.

The latest JD Power Small Business Banking Satisfaction Survey finds less than 40% feel their bank appreciates their business and only 30% say their bank understands their business. This seems to indicate banks should ramp up training for customer-facing teams.

Prudential was the last nonbank to have the systemically important financial institution (SIFI) designation removed.