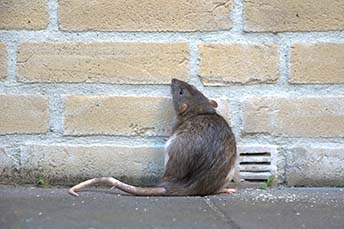 by Steve Brown Topics: lending, risk management, business customers
Summary: When community banks evaluate commercial loan risk exposure, a key element is loan grade. Yet, not all banks have a uniform loan grading system. We present some interesting findings from an FDIC examination.

It has long been known that cats eat rats. But, a new study finds that is not the case in New York City. It seems these rats are bigger, so scientists found the cats were scared of them and were instead seeking prey that would not fight back. Strange!
Bankers that grade loans have occasionally been known to mutter "rats" too, probably because this activity has so many intricacies. When community banks evaluate commercial loan risk exposure, a key element is how each loan is graded. But, you may be surprised to hear that banks don't necessarily have a uniform loan grading system.
An FDIC examination of commercial loan risk grading systems at a cross-section of banks found wide disparities, not just between banks but within individual banks. The FDIC found examples of similar loans at a particular bank getting very different grades, depending on who did the grading. In some cases, loans that appeared to carry lower risks got poor grades, while higher-risk loans got better grades.
Accurately measuring loan loss risk has always been important in forecasting future losses and set asides. This process is even more important with the new Current Expected Credit Loss rules (CECL) that require banks to calculate future loss potential at the point of making a loan and to make appropriate set asides.
While large banks often have sophisticated solutions to help analyze loan data and inform grades, community banks often have a more straightforward process, using in-house experts to determine grades based on an understanding of regulatory requirements and the borrower. The FDIC says one system is not necessarily better than the other, although the additional data offered by quantitative methods can be helpful.
For community banks that rely on expert judgment, the problem is setting up a consistent grading system so that those making the judgments have clear guidance. Often grades and criteria are not clearly or adequately defined, leading to more discretion and potentially errant grades.
The FDIC offered examples of real loans at real banks to show how questionable grades can occur. In one example, a bank had two apartment building loans with a similar loan to value ratios and repayment histories. But, the loan with more cash flow was assigned a lower grade than the loan with less cash flow. This bank allowed relationship managers to set the grades and did not have sufficiently clear guidance or standards. The result: grades that appeared to be skewed.
The FDIC review includes more examples of problems that can help banks evaluate their own grading systems. Several of the banks in the review had grading systems that were overly broad and risk categories that were not well defined. This led to inconsistent and at times incorrect grades, which could lead to other problems like strategic errors and unexpected losses.
Commercial loan grading is an important function in risk management, of course. At times, it is necessary to review, refresh and revise. With CECL coming, now more than ever, maybe the time to review and possibly tighten policies and procedures. For additional guidance, check out the FDIC's Statement on the Allowance for Loan and Lease Losses.
Subscribe to the BID Daily Newsletter to have it delivered by email daily.

Bankrate's former CFO, DiMaria, was sentenced to 10Ys in prison for securities and accounting fraud. He was also ordered to pay $21.2mm in restitution to Bankrate's shareholders.