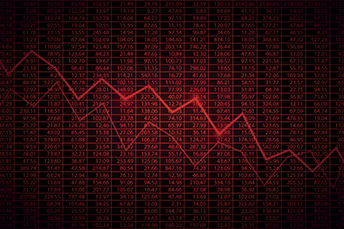 by Steve Brown Topics: BSA/AML, compliance, regulatory
Summary: Community banks are on track to comply with FinCEN's new AML beneficial ownership rule. A new survey highlights some of the ways they are doing this.

You probably saw Facebook's stock tank after reporting weaker than expected revenue growth in Q2 and warning of a slowdown for the rest of the year. The stock sank 19%, dropping more than $100B in a single day. Besides being the biggest single one day decline in US history, it was also larger than the total value of Costco, Lockheed Martin, Starbucks, CVS, Lowes and others, according to Bloomberg.
While maybe not quite as jaw-dropping, community banks are on track to comply with FinCEN's new anti-money laundering (AML) beneficial ownership rule, according to a survey by ARC Risk & Compliance.
Many community banks that responded to the survey note they have added their own stamp to their procedures, in fact. In so doing, they are typically asking for more information and holding customers to stricter standards than FinCEN requires.
For instance, 75% of community banks have designed their own forms to gather beneficial ownership information and that's perfectly acceptable to FinCEN. Banks aren't required to use the FinCEN model form; they can gather the information in some other way. The key is to make sure the person who is opening the account and providing the information certifies that the information is accurate. About 70% of respondents said they would take a risk-based approach to verifying whatever form is used.
As long as your bank collects the information that the Customer Due Diligence Rule requires, you can add other questions and gather extra information to build your customer risk profile. The key here is to be sure to alert bank examiners how any changes are consistent with your overall due diligence strategy.
Most of the surveyed community banks said that they are using the 25% ownership threshold that the beneficial ownership rule requires, but some said they are employing a stricter 20% threshold. Interestingly, however, 43% said they would be even stricter, if they became aware of an angel or silent investor. In that case, respondents said they would request the identity of any investor who has at least a 10% interest in an account. The remaining 57% said that they would take no action to determine identity, if the share was less than 25%.
Some banks are even more rigorous than the survey choices provided. Asked how they would handle new accounts that presented without beneficial ownership information, 15% took the time to write in that they would "close the account."
Remember, this new rule requires banks in "all cases" to "establish and maintain written procedures that are reasonably designed to identify and verify the identity of beneficial owners of legal entity customers and to include such procedures in their AML compliance program" so the onus is on you. Be prepared, be safe and be sure to document all efforts precisely and thoroughly.
Overall, this is good news, as community banks have effectively and proactively handled this new rule.
Subscribe to the BID Daily Newsletter to have it delivered by email daily.

Capgemini research finds that "when consumers are convinced an organization is protecting their personal data" positive things happen. These include almost 50% who say they would share their positive experience with friends and family, 40% who had more frequent transactions with the organization, 39% bought more services and 39% increased spending by as much as 24% more.

The Economist reports that from 2007-2016, the percentage of MBAs entering the financial industry decreased from 39% to 28%. This compares to an increase for those entering the tech industry from 10% to 21%.