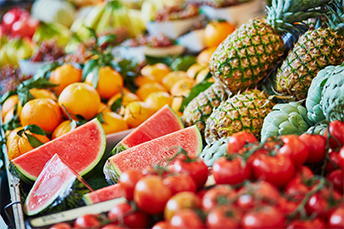 by Steve Brown Topics: payments, technology
Summary: Progress has been made since The Clearing House announced its new real-time payments system back in November. We have an update.

It looks like mom was right when she told you to eat plenty of fruits and vegetables and have a well-rounded diet to stay healthy. New research published in the Journal of the American College of Cardiology supports that view. The research looked at vitamin supplements and found many provide no advantage to people and in some cases can even increase the risk of cardiovascular disease, heart attack and stroke. Be careful out there and be sure to eat right.
The US has also been moving carefully when it comes to allowing companies to consume the payments space, as we head toward a goal of ubiquitous real-time payments (RTP) by 2020.
Looking back to November 2017, The Clearing House (TCH) announced its RTP system. This was its first new core payments infrastructure in more than 40Ys. While many major banks are in some stage of preparation for the reality of RTP, so far only slightly more than a handful has connected to TCH infrastructure.
RTP has been a work-in-progress for several years and to understand why things are taking so long, consider that this is a huge and multi-faceted project with many moving parts. Unlike ACH same-day payment, the system we're talking about is enormously complicated, so a patchwork of systems seems necessary. There's also a large anticipated monetary output for stakeholders, so many have been slow to commit. By some estimates, implementing RTP could cost banks anywhere between $4B and $7B.
Complicating matters further is the fact that, unlike in some countries, there's no hard and fast government or central bank mandate for the US to create a RTP regime. Here, the Federal Reserve has been a guiding force, but not much more. The lack of a mandate gives the industry more wiggle room to decide how the system will function, but it has also dragged out adoption.
All of this said, things do seem to be moving along, albeit at a slow pace. Toward the end of April, members of the Governance Framework Formation Team (GFFT), sought feedback on a draft faster payments governance framework for the US Faster Payments Council (FPC). This new organization would be the long-term successor to the GFFT, a short-term working group established by the Faster Payments Task Force (convened by the Fed in 2015 to study issues related to faster payments).
The stated goal of the FPC is to help drive the emerging faster payments infrastructure toward interoperability, foster a high-quality user experience and help the industry more quickly reach its RTP goals. Comments to the proposed framework can be submitted online through June 22. After this time, the survey responses will be summarized into key themes by industry segment; a compiled report will be available on the Fed Payments website for review.
Meanwhile, many banks are already preparing for RTP. According to a recent study from ACI Worldwide and Ovum, the number of banks currently investing in these solutions increased two-fold in a year. More than 28% now plan to make future RTP investments. Further, more banks seem to be drinking the real-time payments Kool-Aid, as the number of banks that believe it will propel revenue growth increased by 60%, the study found.
There is definitely more to come on this important yet complex topic, so we will keep you up to date as you continue to chew on and digest things in the fast moving world of RTP.
Subscribe to the BID Daily Newsletter to have it delivered by email daily.

KeyCorp (OH) said it will close 40 branches (3.5%), as it seeks to cut costs, reduce its efficiency ratio and adjust to changing customer preferences.