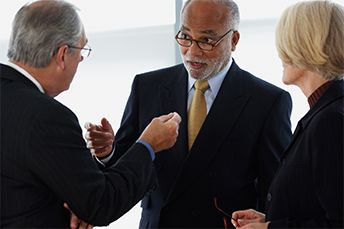 Is P2P Giving You Gray Hair?

by Steve Brown Topics: digital banking, mobile banking, technology
Summary: It may seem as if P2P payments, such as Zelle, will soon be the new standard payment method in the US. Bankers should note this is not the case, but it cannot be ignored either.

A new study from the University of Alabama finds viral infections could be a key cause of gray hair. It seems the immune system releases interferons to fight off viral infections, but when there isn't enough of a certain type of gene (MITF), too many interferons are produced. This overabundance of interferons pushes the immune system to attack melanocytes, which are the cells responsible for eye, skin and hair color. This process causes the growth of non-pigmented gray hair.
In the banking sphere, all of the ongoing hype of peer-to-peer (P2P) payment services, including Venmo and PayPal, are giving community banks premature gray hair. After all, it seems as if mobile P2P payments will soon become the new standard payment method in the US. Bankers should note this is not the case, but it cannot be ignored either.
According to payment solutions provider TSYS, 71% of US consumers have still never used P2P payments. Perhaps even more revealing, 25% say they have never even heard of P2P payment services.
Such a low percentage of P2P users is pretty surprising, especially given how quickly the customers of banks offering Zelle seem to have embraced it. Well over $75B of payments were made using Zelle in just the first four months of the P2P service's mobile app going live in September 2017. JPMorgan Chase Bank itself saw P2P activity among its customers climb by 48% last year during that same period, attributing it directly to Zelle.
As expected, there are significant differences in the popularity of P2P payments between different generations. As the most active users of mobile technologies, consumers between the ages of 25-34Ys old are also the most active users of P2P payments, with 54% embracing this technology. Young adults between the ages of 18-24Ys old are the second most active users of P2P, with 42%. Not surprisingly, P2P adoption consistently declines as the age of consumers rises.
While cash transfer is still the most popular choice for P2P payments, mobile P2P payments are also gaining ground. According to data from Aite Group, between 2014 and 2017, the use of mobile banking apps for P2P payments rose from 17% to 26%. During this same time, the popularity of checks for P2P payments declined from 61% to 40%; and cash transfers declined from 79% to 49%.
The popularity of mobile P2P payments seems destined to keep rising, as more than 50% of consumers look for devices that are able to send P2P payments when shopping for new mobile phones. Yet, P2P payments are still not the top priority of consumers - who are more focused on fraud and features such as the ability to receive instant notifications about transactions and turning off payment cards within a phone.
The hesitation of some consumers to embrace mobile P2P payments may actually create an opportunity for community banks. Even before P2P adoption, community banks may want to preemptively educate customers. Then, as your customers embrace P2P, you will want to have this option available through your digital banking features.
Being there with your customers from the beginning of their P2P journey will no doubt enhance your relationship and increase loyalty. Putting a plan in place today will help you be proactive in your approach to P2P, as you still have time to avoid getting more gray hair in this area.
Subscribe to the BID Daily Newsletter to have it delivered by email daily.

Fed SF President Williams said the Fed may increase interest rates above the so-called neutral level if the economy continues to expand and inflation is at or above the 2% target level.

Fed Governor Brainard projects US GDP will pick up this year, encouraging the Fed to continue rate increases, though at a slow pace. She furthered that the Fed "will want to see inflation coming in around target on a sustained basis after seven years of below-target readings."

Cleveland Fed President Mester concurred with other Fed speakers that the economy is still doing well and supports gradual rate increases. She said she could accept "a couple" of inflation readings above 2%.

The Bureau of Labor Statistics (BLS) projects increasing customer usage of technology will reduce the number of bank tellers by 42,000 through 2026.

Bank of America reports tax-cut inspired loan growth and expected higher interest rates could boost the bank's net interest income by about $2B this year vs. a year earlier.