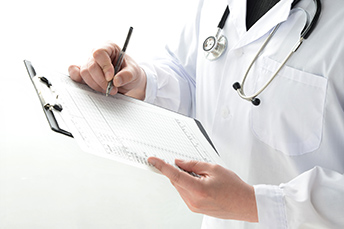 by Steve Brown
compliance
regulatory
risk management
Summary: A new leverage ratio for community banks was created measuring a bank's tangible equity against the total of its average consolidated assets. This is good news. We give you the highlights.
Share this Article:
What a bizarre story. It seems a neurosurgeon at Kenyatta National Hospital in Nairobi did brain surgery on the wrong patient. ID tags were reportedly mixed up between this patient and another one. The patient is fine, but the hospital suspended the surgeon and others on the team. That sounds like the right step to take until you hear that a bunch of other doctors are on strike now until a whole bunch of operational procedures are fixed and the doctor is reinstated. It seems this boneheaded hospital has not yet relented, despite the fact there were 2 patients admitted at about the same time, both of which had head injuries, both of which needed surgery and both of which had the same last name. It also seems the hospital is way understaffed, with doctors routinely doing up to 19 operations a day.
While not as life threatening as messing up the paperwork for brain surgery, bankers also know a thing or two about getting paperwork right. New regulations usually mean double-checking everything too.
On December 5, 2017 the Senate Banking Committee released a regulatory relief bill that can now be considered by the full Senate. For community banks, the bill amends the Volcker Rule by exempting community banks with assets <$10B entirely and establishes a "Community Bank Leverage Ratio" (CBLR).
The Volcker Rule stuff we have covered before so we skip it here and focus on the CBLR.
Under these new rules, federal banking agencies would be required to establish a CBLR of no less than 8% and no more than 10% for qualifying community banks. Any bank or insured depository financial organization with assets totaling less than $10B, whose risk profile does not cause its primary federal regulator to deem it ineligible, would be considered to be well capitalized and compliant with leverage and capital requirements. The legislation would also give regulators the freedom to determine if other factors need to be included in the definition over the course of the rulemaking process.
According to estimates from Standard & Poor's Global Market Intelligence, of the universe of more than 5k community banks with less than $10B of assets, only about 1% of them are currently considered to be under-capitalized, based on the existing risk-based guidelines.
That means the CBLR would only change the standing of a handful of community banks. Those currently considered poorly capitalized would still be unable to qualify for the new leverage ratio. Community banks can choose to remain under the current risk-based capital guidelines or switch to the CBLR.
So, will community banks choose the new leverage ratio? For most banks, there is still a benefit to switch. For starters, it is simpler than current risk-based capital ratios, especially for loans such as CRE. High volatility CRE loans carry a 150% risk weight and the effort needed to determine this can be time-consuming for community banks. Next, there are also the added benefits of a simplified call report for banks under $5B and an 18 month exam cycle for banks under $3B vs. the previous limit of $1B.
But, the biggest benefit of the CBLR could be its ability to shield qualifying banks from Basel III and the increased compliance costs these regulatory measures will create once banks must begin adhering to them at the end of March 2019.
The CBLR allows community banks to choose to adopt it or stay with the current approach. So, our advice is to check and double check all of this regulatory paperwork to avoid damaging your brain and your bank when it becomes effective.
Subscribe to the BID Daily Newsletter to have it delivered by email daily.

Working Hard For A Top Notch CISO
As information security has become an increasingly important issue for banks, more community banks are looking into hiring experienced CISO talent. Ways to attract the right person for this role.

High Achieving Deposit Activity
Deposit activity was strong for community banks in 2017. But, not everything was rosy. What community banks can do to stay competitive.
JOLTs: Growth In Job Openings Resumes in Early '18
Consumer Sentiment:Â  Lower Income Households Drive Gains
Housing Starts: Decline Mostly Due to Volatile Multifamily

The goal of the Single Security Initiative is to reinforce the US mortgage market by combining issuance from FNMA and FHLMC. New issuance of a uniform mortgage backed security (UMBS) is expected in Q2 of 2019. The new UMBS will have the same features and disclosures regardless of issuer and guarantor. UMBS will be backed by 30Y, 20Y, 15Y and 10Y fixed rate mortgages.

FDIC research finds that from 2010 to 2016, the number of small business loans originated by community banks decreased from 22% to 13%. Most of the difference went to big banks.

A surge in regulatory scrutiny around cybersecurity and reported breaches in multiple industries has increased the importance of this issue in bank M&A transactions too. Diligence teams now include risk management, cyber, financial crime and other such areas of expertise when reviewing M&A opportunities.