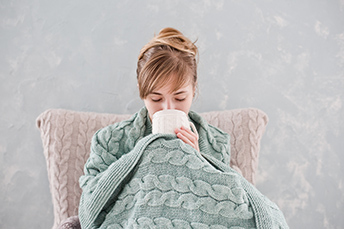 Customer Service With A Human Touch

The flu this year is bad, but history shows it can be much worse. Back in 1918, the world was hit by a strain dubbed the Spanish flu. It triggered a pandemic that killed an estimated 50mm to 100mm people around the world. For context, that is worse than any pandemic prior or since, including the Black Plague and other such events. This year's flu seems to be peaking, so that is good, but in the meantime, get plenty of sleep, drink tea, keep your protein up, wipe down common areas, sanitize your office space, try zinc, wash your hands with soap and keep your hands to yourself to avoid it.
Just like the flu is transmitted between people, so too is technology transmitted (although it doesn't get you sick). In an increasingly technological world, people often want more. However, a recent survey found that when it comes to customer service, banking customers still tend to eschew computerized options in favor of speaking with actual human beings - whether by phone or in person at a bank branch.
According to a survey by CallVU, despite the fact that only 33% of customer service interactions necessitate direct interactions with people, the majority of bank customers still regularly seek out live customer support agents whenever they need help. In fact, when it comes to customers solving problems or executing simple online or mobile tasks, 46% call customer service representatives and another 34% will go to their bank branch for assistance.
As a result of this trend, overall customer support costs for banks are significantly higher than other industries. This can be fixed somewhat with effective self-service technology options, which is why large banks are doing so.
Believe it or not, the most common things that people call customer service representatives for help with include checking account balances, paying bills and transferring money. Fortunately for banks, it appears that customers aren't against artificial intelligence (AI) or other customer service tools. They just want a human touch added in when they need it.
The survey also found 67% said they would be willing to forego things such as faxing, emailing and visiting bank branches if they had the ability to sign and share documents with an actual person through co-browsing.
Such tools as interactive screens, electronic signatures and the ability to rapidly share files are already available so that is also good news for banks. Further, respondents said they would happily use these tools instead of heading into their bank branch.
Similarly, 70% of customers will actively search through a bank's website or on the Internet to locate a bank's phone number in an effort to reach an actual person. That is why it is important to make sure that there is a real person at the other end of that call. Most people still do not like having to deal with speech interactive voice response technology systems, but that will change too. For now though, these services only have a 50% success rate.
That being said, 80% of respondents said they would embrace visual interactive voice response technology systems that incorporate a menu driven interface for clients.
For community banks, nearly all of the above is good news. While the personal touch matters, relationships matter the most. But, those are demographically changing. As such, keep augmenting your path in digital banking as you remain connected to your customers, wherever they appear. Doing so will keep the bank healthy no matter the season.
Subscribe to the BID Daily Newsletter to have it delivered by email daily.

ICBA reports design-build firm NewGround says that the average size of a traditional bank branch has declined from 4,000 to 6,000 square feet to about 2,500 square feet today.

Financial Advisor research finds the main reasons clients felt negatively toward their advisor were because they did not provide value (85.6%), did not understand me and my concerns (83.4%), did not know what was important to me (81.8%) and did not care (81.2%). Banks should know this when connecting with customers to avoid similar issues.

The latest Bank Director M&A survey finds the primary ways those surveyed say the new current expected credit loss (CECL) model has impacted their acquisition strategy are: due diligence on targets has increased (59%), they are more concerned about capital requirements (59%), they are more sensitive to the price they will pay for a target (47%) and there is a greater focus on the quality of data that is acquired (35%).

What are your areas of focus for this year? We surveyed community bank CFOs last year on their priorities for 2018. Find out what your peers shared in this survey by requesting a copy of our white paper, "2018 Priorities for Community Bank CFOs".
Copyright 2018 PCBB. Information contained herein is based on sources we believe to be reliable, but its accuracy is not guaranteed. Customers should rely on their own outside counsel or accounting firm to address specific circumstances. This document cannot be reproduced or redistributed outside of your institution without the written consent of PCBB.