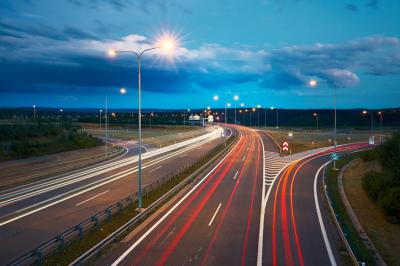 by Steve Brown
compliance
regulatory
Summary: Federal regulations on CRE lending are being tweaked. What your bank should know.
Share this Article:
Scientists from John Hopkins University have done some important research on how we make last minute decisions. It was previously believed that this activity was done in the prefrontal cortex where planning is done. However, this new research used magnetic resonance imaging to check brain activity as it occurs. This allowed scientists to see that there is rapid activity across several brain areas when decisions are made. If a change like a last minute decision occurs, super quick communication is needed between 2 specific regions. If not, you may find yourself getting off the freeway at the next exit.
In banking, regulators typically don't make last minute decisions around previously well thought out rules. However, it appears regulations on commercial real estate (CRE) lending are being tweaked with proposed changes to rules for capital treatment of real estate acquisition, development and construction (ADC) loans. The changes are designed to reduce regulatory burden on community banks and simplify paperwork.
The concern from bankers is that these proposed changes may wind up broadening the scope of loans covered by regulations, potentially increasing workloads and costs.
The rules haven't been adopted, so there is no reason to panic just yet. After all, these proposed changes are being made in response to the Economic Growth and Regulatory Paperwork Reduction Act (EGRPA), which requires federal agencies to seek ways of reducing regulatory burdens. That means any effort should tip the needle back toward banks and reduce burden.
Specifically, the proposed changes alter certain capital rules. Of particular interest to community banks may be the way the proposal treats ADC loans. The modifications are intended to simplify the process for dealing with such loans and reduce the capital impact.
While that sounds like a win-win for community banks - less complicated regulations and lower capital requirements - it may not be as beneficial as it seems.
According to one law firm, the changes could wind up expanding the scope of loans covered by the rules, thus increasing the capital burden on community banks.
The issue revolves around ADC loans that are treated as high volatility commercial real estate (HVCRE). Under current rules, HVCRE loans require a 150% charge to reflect the risk exposure. The proposed change would reduce that charge to 130%. Sounds good so far so what is the issue?
For now, there remain questions about whether the new rules would place more loans in the HVCRE category. If enough loans wind up there, community banks could end up having to set aside more capital even though the charge rate is reduced. The issue gets tricky and involves legal and accounting matters best left to professionals, so engage yours early.
One example of where community banks might find themselves facing higher capital requirements is with ADC loans in which borrowers have contributed sufficient capital and promised to limit distributions. This allows an exemption from HVCRE status. However, the new rules do not appear to take those situations into consideration. Result: loans that were previously exempt from HVCRE capital requirements may now be subject to those requirements, so keep your eyes and ears open.
The bottom line is that the new rules as currently written seem good but the devil is in the details of course. As this winding road reaches its ultimate conclusion, we hope the brain activity involved will help community banks.
Subscribe to the BID Daily Newsletter to have it delivered by email daily.

A History Of Coming To The Rescue
Community banks have a history of helping their communities during crises. Some inspiring examples of this support following the recent disasters.

The spread between the 2Y (1.80%) and 10Y (2.35%) Treasury yield is about 55bp. Analysts worry about anything inside 60bps (and panic inside 30bp) as it has historically pointed toward a recession. Today's environment though could indicate something else. It may show investors don't see much inflation (tech advances) and that global currency factors are weighing on yields more than anything else. Even with 4 more hikes from here, the federal funds target would only rise to 2.50% (still very stimulative). Barring some unforeseen risk that surfaces, things look good for now.

The CEO of BB&T said a drop in the tax rate to 20% would improve the bank's return on equity by 175bp. He also said the bank would use the tax savings to reinvest into digital transformation, pay dividends and pass the rest of the savings on to shareholders.

In an effort to expand our relationships, PCBB is pleased to offer community banks a money market deposit account rate of 1.35%, subject to availability. Contact operations@pcbb.com