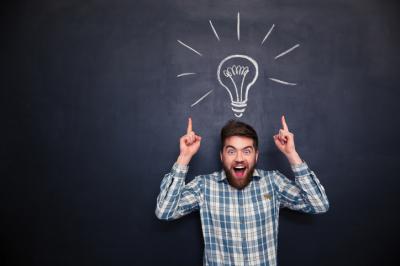 Getting Smart About Generational Banking

by Steve Brown Topics: customer acquisition, millennials
Summary: Banks have a role in connecting multi-generation families from Baby Boomer grandparents to their grandchildren.

It may not be obvious until you think about it, but intelligence and critical thinking are not the same things. This is why smart people can also do dumb things. Definitionally speaking, intelligence is the ability to acquire and apply knowledge and skills, while critical thinking is all about using objective analysis to evaluate something and form a judgement. Put another way, intelligence is mainly inherited, while critical thinking can be learned. The expectation is that both provide you not only with success but wellbeing. Yet, several studies have shown the two do not fair equally here as critical thinking provides you with more wellness and longevity than intelligence.
Another way to have the best of both in banking is to have a smart plan that is critically thought out around the best way to connect with your grandparents and their extended family.
A TD Ameritrade survey finds 30% of grandparents say retirement is not just about having enough money, but also about spending enough time with grandchildren. Of course, spending more time with grandchildren can also boost a grandparent's willingness to support them financially as well.
Since 2000, spending among grandparents has annually exceeded general consumer spending by roughly 8%, according to a report from Cadaret, Grant & Co. This behavior may likely be influenced by the fact that baby boomers are the richest generation in US history. Similarly, an AARP study finds 96% of grandparents actively spend money on their grandchildren and more than 40% spend in excess of $500 per year. Among the major expenses that grandparents routinely contribute are for education, day-to-day living and medical expenses.
One of the best ways for community banks to start such discussions with these customers is to inquire whether or not they have thought about assisting their grandchildren with the expense of college. Given the importance of saving for college, this is an easy area to begin.
In fact, a Fidelity Investments survey finds 53% of grandparents were already saving for their grandchildren's college education or had plans to do so, with 90% indicating that they would rather help with college costs than give children other gifts. Keep in mind that since the amount of money contributed by grandparents could potentially decrease how much financial aid a child could receive, it is important to ensure your customers are aware of the pros and cons before committing to a certain contribution.
Beyond college saving plans, baby boomer grandparents could also be approached about incorporating grandchildren into estate plans and the importance of keeping beneficiaries up to date.
Although having a strong relationship with your grandparent customers will surely facilitate most of these conversations, you may want to communicate some of the available options by offering group classes as well. Not only can you address many customers' questions at once, but you also provide sometimes much needed social interaction between seniors.
Helping to educate grandparents about saving for grandchildren also opens the door for client relationships with the parents of those children. By assisting the grandparents, your bank not only supports them and their grandchildren, but also positions itself as an important financial source for the whole family.
Lastly, as grandparents may worry about their grandchildren's financial literacy, a budgeting or finance class for high schoolers or young adults could help both grandparents and grandchildren. Let's face it - grandchildren often listen to their grandparents more than their parents depending on the child's age.
Connecting with grandchildren would also allow community banks the opportunity to start working with them early. That locks in relationships with the whole family and a solid process to back it up. After all - what would be better than serving grandparents, parents and grandchildren with their financial needs
Subscribe to the BID Daily Newsletter to have it delivered by email daily.

Yields lifted 2bp as investors awaited more information on the proposed tax plan, which is expected from the Senate tomorrow.

The Wall Street Journal is reporting that a new offering around directors and officer (D&O) insurance coverage is now being offered by Travelers Companies. It provides coverage when requests for documents and interviews are made as part of an internal probe and not as a result of a regulatory investigation, as long as Travelers is notified that one of its directors or officers is incurring defense expenses (as a result of an internal investigation) and the company self-reports any potential corporate wrongdoing to regulators.

JPMorgan has increased its expectation for rate hikes and now projects the Fed will raise rates in Dec of this year and another 4 times in 2018. They point to strong economic growth as the primary reason.

The CEO of PayPal said on CNBC that he expects more change to occur in financial services in the next 5Ys than happened in the prior 30Ys. He also said that their person-to-person (P2P) payment business called Venmo is valued at around $40B, but in 5Ys is projected to surge to $335B given heavy usage by millennials.