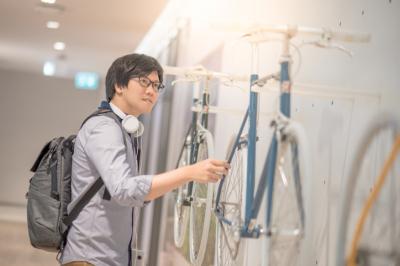 Changing Behaviors In The Branch

A recent review of national survey data by SDSU and Bryn Mawr College finds 18Y olds are waiting to engage in adult behaviors such as driving, getting an after-school job or drinking alcohol. Only 67% of teenagers say they tried alcohol between 2010 and 2016 vs. 93% who did so between 1976 and 1979. The influence of the virtual world has no doubt influenced some of this behavioral change, but some experts believe an increasing affluence has facilitated this trend as well. As these young customer behaviors and preferences change, bankers now realize that banking channels need to change too.
The bank branch is definitely one that is changing. Although bank branches are closing, the end of the branch is not yet upon us. In fact, the number of branches for institutions with <$10B in assets slightly increased by 0.2% last year, while branches of all other banks went down by 2.3%, according to FDIC data.
Community banks may be bucking the branch-reduction trend, if slightly, but that does not mean that the emerging bank branch is unchanged in how it is designed, utilized or where it is located. With this in mind, we thought we would bring you some updates on what is happening with branches.
At a high level, rural areas still depend on community banks. Indeed, community banks account for more than 67% of all deposit growth in rural areas, with nearly 4.8 branches for every 10,000 people vs. 2.6 branches for every 10,000 in urban areas.
One issue to consider here, though, is that deposit growth is climbing fastest in metropolitan areas. Further, bigger bank customers are doing more of their banking through electronic or alternative channels in cities, rather than in branches.
Given the cost of branches and the rapid growth of digital banking, a higher proportion of branches that remain open or are opening are located in rural areas.
As such, branches need to add higher value. McKinsey reports that customers today expect a "higher value from face-to-face interactions at their bank branch." Customers who visit their bank expect to have complex problems solved instead of providing them with a simple transaction. Community banks have an advantage here and should leverage it.
One bank that did so was a community bank in IN. It opened a new 1,300 sq. ft. branch last year with both technology and a greater array of consulting services in mind. They installed 4 interactive video tellers to address customer requests as they enter the branch, and the same technology can assist with 98% of transactions, according to the bank's president. In addition to better efficiency, it allows for longer service hours. This way, customers who can't make normal bank hours are still supported, and when they do come to the branch, on-site bank staff can address more intricate issues.
Branches are also being used as educational platforms. Several banks have incorporated educational elements by having staff help guide more technology-challenged customers toward digital banking. Still others help match a customer's financial goals with customized solutions. Both of these options provide customers with solutions and add the expected value they are looking for.
Banks of all types cannot ignore shifting customer behaviors so research and adaptation will be needed now and in the future. Look no further than the most recent ABA survey that found Americans now access their bank accounts most often through the internet (40%) and mobile (26%) at 66% overall vs. branches at only 18%. ATMs came in next at 7%, followed by phone (4%) and mail (2%).
Still, all is not lost here as another recent ABA survey found 43% of people said the aspect of their bank they valued most was bank location (i.e. access to branches).
It looks like monitoring customer behaviors over time just makes good sense, so be sure to stay up-to-date as you map out your channel strategies now and in the future.
Subscribe to the BID Daily Newsletter to have it delivered by email daily.

Yields rolled up 2bp as the House of Representatives approved the budget which reignited investor hope for tax reform.

A Gallup poll finds 31% of non-retired adults say they plan to retire after age 68 and Fed research finds 38% of adults 60Y+ expect to keep working. Yet, other Fed research finds only 7% of retirees have income from employment, so few seem to actually be working in retirement. Reasons for this discrepancy seem to include health problems, layoffs, caring for a family member, employment scarcity in specialization and age discrimination.

The Census Bureau reports that women earned about 80.5% of what men earned at the end of 2016, the highest level in history.