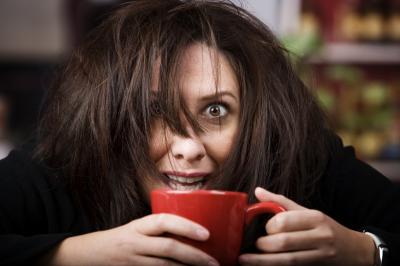 RPA - Ready Or Not, Here It Comes!

by Steve Brown
Share this Article:
Since you are most likely drinking a cup of Joe this morning, we thought we would update you a little on the price of that cup of coffee. This year's El Nino and its increased rainfall - up to 400% over normal in some areas - have greatly affected the top coffee-producing countries. As a result, coffee (currently at $1.30/lb) is believed by some experts to possibly hit $3.00 later this year. If this directly translates to your cup of coffee, that could mean your $3.00 cup of coffee could hit $6.90! This may lead you to savor your cup of Joe a bit more this morning as we discuss robotic process automation (RPA).
Known as "The Fourth Industrial Revolution," RPA is the imminent wave of workforce automation through robotic and cognitive technologies. We have been watching and writing about its progress, so this is not new. But, before computers powered by artificial intelligence (AI) start to diagnose our illnesses or drive us to work, it is worth noting what kind of automation will impact our workforces first and what your community bank may gain.
As "knowledge workers," bankers may grumble about how technology, that is meant to make our lives easier, still requires us to perform repetitive, often mind-numbing work. This is where RPA comes into the mix. RPA could be the key to freeing us from tedious tasks so we can move forward with the more complex and rewarding work.
RPA is the use of software for rules-based, replicable administrative tasks that would normally be done by humans. While this may sound relatively unsophisticated, its ability to handle higher volumes of data faster than humans and across multiple applications means that it will have significant impacts in all industries, including banking. Indeed, it has been said that 16% of all jobs could be replaced by RPA by 2025, and that is only 7Ys away so keep reading.
To know more, let's look at what exactly RPA can do for community bankers. According to reports by Accenture and Deloitte, this technology could handle everything from emailing notifications to clients for delinquent loans, to tracking account activity for fraud detection. Additional capabilities could include performing data transfer and duplication for account reconciliation, journal entry accounting, and calculations for pricing.
While RPA presents great opportunities for increasing efficiency and maximizing the potential of employees, its potentially disruptive nature calls for a robust planning process before any thoughts to roll out. Only 9% of businesses as of 2016 have put RPA solutions to work, so precedents are few and far between, however. It's probably safe to say the RPA implementation should be overseen by a wide variety of departments to establish security, accountability, and governance for its deployment.
It's also important to realize that everyone from the employees to the C-suite is a stakeholder in these changes and deserves to have their voices heard during the planning stage.
As with all forms of automation, roles and responsibilities will need to be reviewed and re-created as the menial tasks are automated. Employees can be re-trained as "robot managers" in some cases, becoming the primary contact point for RPA processes or in handling exceptions generated by software.
Of course, uncertainty and nerves around jobs being automated is bound to occur, so honesty and openness with employees about the intentions of RPA implementation will be an important part of the process.
Although RPA won't happen tomorrow, it is an important consideration in strategic planning to leverage the efficiencies of advancing technologies to stay ahead of your competitors. Of course, we say it all begins with a good strong cup of coffee.
Subscribe to the BID Daily Newsletter to have it delivered by email daily.

Raising Your Hand For Knowledge Banks

Fed Governor Powell reiterated the agency's recent proposal to refocus its supervision scope for bank boards does not ease the load of directors or core responsibilities. He indicated regulators will focus primarily on 5 main principles around: strategy-setting, information flow management, the ability to hold management accountable, ensuring independence, and being aware of the bank's strengths and weaknesses.

The ABA estimates about 1,000 bank branches were impacted by the unprecedented rainfall and flooding of Hurricane Harvey.

A Gallup poll finds 13% of Americans now view banks more positively than negatively vs. 2% in 2016. That said, the percentage is still well below the high water mark of 40% back in 2007.

According to Credit Suisse, between 20-25% of American shopping malls will be shuttered in the coming 5Ys. In response, mall owners are reinventing the mall experience to include apartments, hotels and greater entertainment such as bocce ball and bowling.

A researcher uncovered an open web server in the Netherlands that had captured 711mm email accounts, passwords and email servers used to launch spam attacks. The spambot cyberattack is called Onliner and it has planted Ursnif banking malware through email accounts globally.