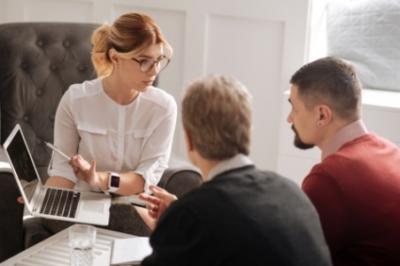 by Steve Brown
Share this Article:
Bankers know that demographics are changing and the impact that can have could be a big one. What you may not know is that things are moving quickly indeed. Consider that Pew Research finds 85% of people now get their news on a mobile device vs. 72% 1Y ago. Further, a whopping 67% of people age 65 and older get their news on a mobile device vs. only 43% over the same period. Clearly things have shifted quickly across all demographic cohorts so bankers too will have to adapt their marketing approach in turn.
Given so much talk about Millennials, today we focus on that often ignored group known as Generation X (Gen X). This group (born between 1965 and 1976) was the first of the alphabet tail end generations that became so fascinating to marketing mavens. However, lately it seems this generation has been losing some of its appeal to bankers. The reason is a perceived shortage of capital in Gen X.
That makes sense when you consider Gen Xers took some of the biggest hits to net worth from the series of setbacks that included the dotcom crash, the housing crash and the recession. By some estimates, Gen Xers lost 45% of their net worth just in the dotcom crash.
Yet, after taking it on the chin for years, Gen X has come roaring back. They have moved up the personal finance food chain, with improving incomes and spending patterns that turn retailers' heads. According to Capital Performance Group, Gen X now accounts for 37% of all mass affluent households (those with more than $100,000 in annual incomes). That is interesting indeed when you find out that this group only makes up 20% of the population, but represents about 25% to 31% of current consumption in the US. Certainly, Gen X appears to have recovered nicely from its previous financial set-backs.
Mass affluent households are some of the best prospects for community banks, so maybe it is time to re-engage with this demographic group. Given that Gen Xers account for about 40% of mass affluent households, a community bank that fails to recognize this potential may be missing an opportunity for growth that is rare to find in the competitive banking landscape today.
So how should a community bank approach this generation? The first step is recognizing one of the unique characteristics of Gen X. It is the first generation to live as adults in the digital age, so it is the first generation to live in a world with constantly changing digital products and solutions. However, Gen Xers are not that far removed from the Boomers, so they still have a connection and want an experience with more traditional businesses like bookstores and bank branches.
Marketing experts will tell you that Gen X also has a somewhat split personality favoring a blended approach that combines digital and direct contact. This is where community banks can shine - providing robust walk-in and digital banking strategies that appeal to this generation.
Also, since Gen Xers are being approached as mass affluent households, remember to incorporate the same efforts that apply to any mass affluent household when you do so.
Gen Xers are already your customers, but knowing their financial needs, wants and history should provide your bank with extra opportunity when structured properly.
Subscribe to the BID Daily Newsletter to have it delivered by email daily.

Fed research finds 74% of adults say they are fully banked.

Regulators indicate each bank director must meet the following responsibilities: attend and participate in board and committee meetings; request and review meeting materials; make decisions and seek explanations; review and approve policies; and exercise independent judgment.

Research by Dow Jones and SWIFT of risk executives worldwide on AML shows that 96% use secondary identifiers in client screening. These include such things as: date of birth (80%); personal identification data (66%); country of birth (59%); city, state or province of birth (53%); entity type (50%); gender (48%); known location (44%) and corporate identification data (35%).

SBA research finds small businesses have accounted for 67% of all net new jobs since the 1970s.