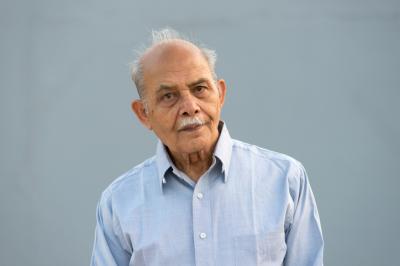 While searching for a cure to cancer, scientists this year uncovered the cells that make hair and also turn it grey. That is good news for those who have gone bald and want to grow their hair back and for those seeking to look younger. Scientists say the breakthrough could one day solve both issues.
On a similar front, bankers everywhere have been researching how best to leverage their branch network and the staff therein. While not as fancy perhaps as growing hair or staying young, we know many bankers out there that would have more of both if they could just figure this all out. Enter the universal banker.
On paper the idea of a universal banker makes perfect sense. You simply cross-train branch employees to handle different types of customer service tasks, thus boosting productivity and sales. Under this model, a bank with tellers who can pitch from a portfolio of services (like business loans, savings accounts or even mobile apps) will have a competitive edge over those who can't. It may sound like a good plan, but is it that easy do?
In practice, the universal banker model still has some issues. For a community bank with limited resources, it takes a big commitment to cross-train employees. Also, keeping those employees from slipping back into simpler, more one-dimensional roles requires ongoing training and supervision. The result: many community banks have not yet ventured into universal banker land, while others have had some disappointing results.
Last year, branch services company Kiran Analytics surveyed 50 banks in North America. Its goal was to get an idea of how they were handling bank workforce optimization and the concept of universal bankers. The results are quite interesting.
The survey looked at a mix of large and small banks. While 39% of banks were still learning about universal banker advantages and disadvantages, 10% were ready to start (after completing a pilot program first). Also, about 50% of banks had made universal bankers a priority. Of those, about 50% said the new system was working well, while the other 50% said they were encountering issues.
One of the main problems for the group seeing issues was backsliding. Here, employees retrained to handle a variety of tasks simply slipped back into their previous roles of dealing with just a few. That problem was cited by more than 33% of those who experienced issues. Further, another 33% said they had no effective way to measure if their new universal bankers were appropriately distributing their time between service and sales. Clearly, understanding the skills and learning capacity of employees is important for this program, as is measuring the types of tasks completed.
Cost was another issue. The survey found 20% complained that they were now paying a premium for these new universal bankers, but were not getting the improved results they had anticipated. It may take some time for results to show up, as training continues and old habits change slowly. However, ensuring that bank management supervises this transition and makes any necessary adjustments based on the customer population, may help banks manage the cost a little better.
Finally, another 20% said they were having trouble recruiting new talent with the needed skill and experience to master the role of universal banker. This may get easier over time, as the younger generation enters banking and training across multiple functions becomes more common.
The study points out that part of the problem in setting up universal bankers may be due to the "one size fits all" strategy many banks use, according to Kiran. A bank may be better served to examine the situation at each branch and then decide if universal bankers fit. A branch with an exceptionally heavy rate of teller transactions might not be well served by very many, if any, universal bankers. Meanwhile, a branch with a different customer profile might lend itself better to having more universal bankers. Looking at your branches and customer activity should help guide you in the right direction.
Despite the challenges, keep in mind that 50% of the bankers who had implemented a universal banker system were happy with it. That means they were getting the improved efficiency and increased productivity they anticipated.
A universal banker program may or may not be a fit for your bank, but you never know what you can uncover when you experiment and look more closely at the data.
Subscribe to the BID Daily Newsletter to have it delivered by email daily.

Yields jumped up 5bp on mixed economic data and an early close.

An RMA survey of banks focused on data quality finds the top 3 issues to having optimal data management are: information silos among lines of business, IT challenges, and data entered multiple times in multiple systems.

A Korn Ferry survey of Chief Marketing Officers finds the biggest things keeping them up at night are: their company's resistance to embracing and investing in progressive programs, innovation and digital (34%), ability to demonstrate marketing's ROI (20%), finding the right team members who understand how to integrate digital, social and mobile into the overall marketing strategy (17%) and aligning marketing with the overall business strategy (15%).

In an In an effort to expand our relationships, PCBB is pleased to offer community banks a money market deposit account rate of 1.10%, subject to availability. Contact operations@pcbb.com
Copyright 2018 PCBB. Information contained herein is based on sources we believe to be reliable, but its accuracy is not guaranteed. Customers should rely on their own outside counsel or accounting firm to address specific circumstances. This document cannot be reproduced or redistributed outside of your institution without the written consent of PCBB.