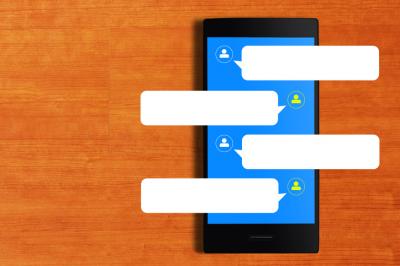 Research by Venture Beat finds 51% of people now say a business has to be available to them 24 hours per day and 7 days per week. They want their questions answered when asked. Further, almost 46% of people these days say they would rather contact a company using messaging than email. People want direct, 2-way communication. Finally, consider that eMarketer predicts that in the next 2Ys, 65% of the global population will be using messaging apps. This is why we plan to discuss chatbots in more detail today.
First, a chatbot is basically a software program that has a conversation with someone using auditory (voice) or textual (typing) methods. Chatbots use artificial intelligence (AI) to understand language, respond and learn.
Next, to understand where chatbots are going we quickly discuss where they have been. In 1966 the world's first chatbot "Eliza" launched. It mimicked the responses of a psychotherapist and was followed in 1972 by "Parry" (which imitated a person with paranoid schizophrenia). In 1988 came "Jabberwacky", which simulated natural human discussion in a humorous way and then along came "Alice" in 1995 (used pattern matching). Today chatbots are embedded into platforms such as Facebook Messenger, Snapchat, Disney, Pizza Hut, SAP, Royal Bank of Scotland and a host of others.
With this background in mind, we now focus on banking, where more players are starting to think about chatbots as a way to interact with customers. Here, a Personetics survey finds 87% of banks have plans to use chatbots in the future. At this point, 15% of banks said they already have a chatbot and 31% claimed to have an active chatbot project. Meanwhile, 26% said they plan to have one in the next year, while 15% plan to have one in 2 to 3Ys. If this prediction on the growth of chatbots bears out, it will be a sea-change for most community banks as well, where personal service is paramount.
Chatbots are also gaining popularity in the digital marketing realm. As we reported earlier, Bank of America recently unveiled its extensive plans for Erica (a new digital assistant that chats with customers via voice or text message). Around the same time, Mastercard introduced KAI (allows customers to ask questions about their accounts, review purchase history, monitor spending levels and more). Meanwhile, USAA (an early adopter) continues its chatbot development and other banks such as BBVA and Barclays (also early adopters) are also in this space.
There are many things to think about in this area. For instance, when considering chatbots, banks need to think carefully about the role they are trying to fill with this technology. Basic questions can easily be answered by chatbots to provide more seamless customer service. That said, one bank that is using chatbots said it has found the nuances and reassurances that are rather easily provided by humans are not found in chatbot interactions. This means customers could be frustrated or irritated if their needs are not met. As such, complex or sensitive discussions are still best left to the human touch. Finally, as true experts on customer relationships, community bankers should know chatbots won't be able to mimic these solid connections any time soon.
Banks that are entertaining the idea of chatbots should also be careful about overreaching capabilities. Consider research from Mindshare that found 60% of users feel patronized by certain chatbot conversations and 50% find them creepy at times. Still other research from Mindshare finds 79% of people would need to know a human could step in if they asked to speak to someone.
Certainly, the banking chatbot trend is in its infancy, but it is picking up steam. All banks have a lot to learn here, but there could be significant benefits as well so it is worth monitoring. We will be back in the future with more on this subject but for now keep chatting with your customers to stay ahead of the bots.
Subscribe to the BID Daily Newsletter to have it delivered by email daily.

Wells Fargo research finds only 10% of millennial business owners say their banker is a major influence on their financial decisions. Clearly there is more work to do here for bankers to deepen these relationships.

The bank reported new checking accounts tanked 43% YOY in February and consumer credit card applications declined 55% as it continued to deal with the repercussions of its account opening scandal. That said, for the 12 months through February, the bank said it expanded its base of primary consumer checking customers by 1.9% to 23.5mm.

CNBC reports Boston Fed President Rosengren indicates the sharp increase in apartment prices may signal financial instabilities that may not be able to be contained as rates rise. He expressed concern that the commercial real estate sector could amplify problems that emerge when the next economic downturn surfaces.