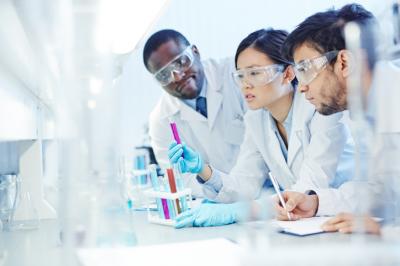 Regulatory Changes Coming Or Not?

A major breakthrough has been made by two Harvard scientists. They have turned hydrogen into metal. For those science aficionados out there, you know that this can only be done by cooling liquid hydrogen to absolute zero and crushing it at thousands of times the earth's atmospheric pressure. Now that this small feat has been done, the real trick is to slowly bring the hydrogen metal to room temperature to see if it will stay in its metal form. If it does, then the applications could be far-reaching. This combination could produce a superconductor of energy that could be stored and readily available. Batteries wouldn't die; computers and cars would be more efficient. Still, all of this may not happen. We will have to wait and see. This may sound a bit like our current regulatory environment - change or no change?
Bankers hoping that the changing of the guard in Washington will bring swift reversal of the current regulatory environment may be sorely disappointed, according to a new regulatory research report. Efforts to "dismantle" Dodd-Frank will likely run up against the political reality of the U.S. Senate, where the thin Republican advantage will make broad and immediate legislative changes exceedingly difficult.
"Banking Regulatory Outlook 2017," by the Deloitte Center for Regulatory Strategy, looks at where banking regulations stand now, what types of changes might be in store, and how bankers can position themselves. We thought we would glean some nuggets from this report for you to better prepare for any changes coming down the pike.
At the center of the discussion, of course, is the fate of Dodd-Frank, whose future is being closely watched throughout the banking industry. While most agree there is little likelihood of an immediate reversal of Dodd-Frank, this report anticipates that the new "business-friendly" climate in Washington could result in numerous modifications and changes that still could have significant impacts on banks. Regulatory agencies have some discretion in implementing laws like Dodd-Frank, and it is at this level that changes could soon show up.
Enforcement of existing rules could be eased, while pending rules could be left unfinalized. By tweaking existing rules, regulators could give community bankers more breathing room and less worry of audits and sanctions. That would no doubt be a welcome change for community bankers, who have protested that regulations enacted after the financial meltdown were far more difficult for community banks to manage than for large banks with more resources. If community banks can free up resources that are now being devoted to compliance, they might have more time and money to spend on service enhancements like digital banking or additional relationship managers.
But any loosening of regulations could be both a blessing and curse. Deloitte's report cautions banks against a strategy of curtailing compliance functions in anticipation of a corresponding relaxation of enforcement. First, there is still no guarantee that enforcement will actually become less strict. By redirecting resources away from compliance, banks may be making themselves more vulnerable to regulatory actions.
Second, the compliance efforts of the past few years have probably made banks more resistant to problems. Dodd-Frank regulations were put into effect to make banks adhere to standards of conduct and operations designed to avoid problems such as excessive risk. A move to weaken compliance might result in a slide toward greater risks and more future problems for a bank. So, be mindful to wait and see what happens as things start to unroll.
Even if regulations do change, "don't throw the baby out with the bath water". It would be wise to review your past investments through the filter of more stringent regulatory guidelines to see what elements can be kept in a lighter regulatory environment to remain compliant and manage risk appropriately.
In making its recommendations, the Deloitte report stated that the last financial collapse may have first been regarded as a cyclical event but has since come to be regarded as an event brought on by structural problems within the global banking industry. What this means is regulations enacted after the collapse were also structural rather than cyclical and so might be far more difficult to reverse.
As such, regulatory compliance will most likely remain without the deep relief some believe is coming. The best course of action is to remain vigilant in following all regulatory requirements until anything concretely changes. We will keep you updated as any changes start to unfold.
Subscribe to the BID Daily Newsletter to have it delivered by email daily.

Yields edged down 2bp with the 3Y note auction and mixed economic data on investors' minds.

Fed PA President Harker said he is supportive of three rate hikes this year as long as the economy continues to evolve and fiscal policy evolves as well. He said Mar should be considered for timing of the next 25bp rate increase.

Community banks looking to boost customer contact should note that research by Pew finds social media usage by people between the ages of 50 and 64 years old has reached 64% vs. 56% 1Y ago - a 14% YOY increase.
Copyright 2018 PCBB. Information contained herein is based on sources we believe to be reliable, but its accuracy is not guaranteed. Customers should rely on their own outside counsel or accounting firm to address specific circumstances. This document cannot be reproduced or redistributed outside of your institution without the written consent of PCBB.