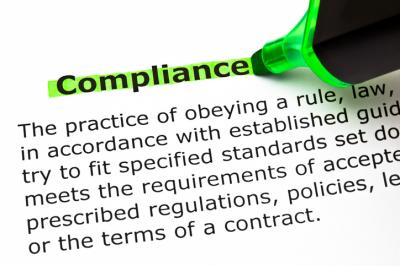 Most people have at least some fear of technology and robots eventually turning against us some day. For a man in AR that reportedly killed someone, perhaps that day is today. Here, AR police seized the suspect's Amazon Echo and sent a warrant to the company to hear what it had recorded. However, just as Apple rebuffed law enforcement last year, Amazon also did not see justified cause for the information request. We wonder what Alexa thinks about all of this, but for now privacy appears to still be in the hands of the owner. In banking and other industries, new changes required under the Americans with Disabilities Act (ADA) requires website changes that are not as straightforward.
As a result of this law, some ambulance chasing law firms have targeted community banks and their small business customers. They threaten to sue unless companies pay money. This all relates to law changes that require websites to be accessible to the visually impaired.
To better understand the controversy, take a step back to 1990 when the ADA became law in order to prohibit discrimination against people with disabilities in "places of public accommodation." When the law was first passed, websites weren't expressly written into it, yet in the ensuing years, advocates for the disabled began pressing the issue.
The Justice Department, which enforces the ADA, has signaled previously that websites will be considered compliant if they follow the most recent Web Content Accessibility Guidelines (WCAG) set by the World Wide Web Consortium. However, the agency hasn't made this position binding in written rulemaking and that remains an open issue. The Justice Department has said it plans to release technical guidelines in 2018 as to how websites should comply with the ADA, so that should help.
In the meantime, activist law firms have filed dozens of lawsuits and are sending aggressive demand letters to retailers, medical companies and banks claiming that companies not employing the WCAG standards are breaking the law. The demand letters include proposed settlement amounts to make it all go away.
Voicing concerns on behalf of banks, the ICBA recently sent a letter to the Justice Department, asking for either interim guidelines or confirmation that the agency will adopt WCAG as guidance. At the time of the Nov. 18 letter, the ICBA said banks in PA, TX, OH, IL, NE, MI and CO had received letters. We have seen these letters in many more states as well.
Clearly, not every bank will get a demand letter, but if you do, you should immediately consult legal counsel on the best course of action. Do not simply ignore the letter or toss it in the trash.
Banks can also take proactive steps while a long-term regulatory solution works its way through red tape. For instance, you can start with possible technical improvements to your website and mobile app to help protect the bank against ADA-related claims. The DOJ has relevant information available online that should be reviewed when doing these improvements. If you don't have the resources to handle this in-house, you can start researching vendors or consulting firms to help you.
Further, you may want to think about initiating a website accessibility plan for your bank. As a part of this plan, you could include feedback mechanisms to ensure the proper reporting of any website accessibility issues. This would show a willingness to become compliant while waiting for the regulatory details.
We don't know precisely when rules will come down the pike, but at a minimum, banks should recognize that changes are afoot and try to be as prepared as possible. While there may be some pain points along the way, the goal is a laudable one of making websites more accessible to all customers. Even if we cannot get the information, we believe that is also something Alexa would be happy to report.
Subscribe to the BID Daily Newsletter to have it delivered by email daily.

Yields fell 1bp with the news of increased jobless claims and a 7 year Treasury note auction.

Research by BlackRock finds only 28% of Americans use a professional financial advisor.

Research by MIT finds 21% of employees at financial services firms say their company has a bold and exploratory risk appetite.

A survey by Accenture finds 68% of people said they did not want a robot handling customer complaints and 61% said they would prefer a human over an automated system for advice about complex banking and insurance products.

IBM defines phishing as "a term used to describe when users are tricked into opening an infected email attachment or browsing to a malicious website disguised as a trusted destination where they provide information that can be used to access a system or account or steal their identities."

A survey of risk experts globally by Allianz Global Corporate & Specialty finds 37% rank business interruption as the biggest risk this year.
Copyright 2018 PCBB. Information contained herein is based on sources we believe to be reliable, but its accuracy is not guaranteed. Customers should rely on their own outside counsel or accounting firm to address specific circumstances. This document cannot be reproduced or redistributed outside of your institution without the written consent of PCBB.