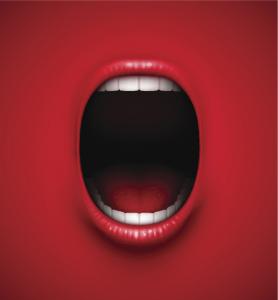 by Steve Brown
Share this Article:
The Boston Lyric Opera is trying to attract a new audience by initiating a "tweeting section." Forty people, mostly millennials, were part of an experiment in November by the Boston Lyric Opera. Instead of asking the audience to turn off their phones, they were hoping that the people in the tweeting section would continue using their phones to spread the word among peers on Twitter. "This orchestration is DOPE" tweeted someone. It may not be popular with some of the audience members, but as the general and artistic director of the Boston Lyric Opera notes, "it is better to embrace the digital age than fight it."
When it comes to attracting talent, many community banks have been struggling to find a way to leverage the digital age and bring in new blood. The issue hasn't gone unnoticed by regulators and, indeed, the topic was bandied about at a November meeting of the FDIC's Advisory Committee on Community Banking. It's become an area of heightened focus following a community banking conference back in April where issues pertaining to the lack of new talent were discussed at length.
In a follow-up to that conference, a group of educators, regulators and industry representatives met in October to discuss possible partnering opportunities with colleges and universities. One idea that came from those discussions was to create a directory of colleges that offer banking education programs. Another idea was for colleges to host advisory panels with community bankers, to help educators get a better sense of the needs of the industry.
At the November meeting, the FDIC acknowledged that one of the most significant challenges community banks are facing is developing the next generation of bankers. Participants built on prior discussions to further deliberate ways that universities and bankers could work together to find solutions to the talent drain.
One issue raised is that schools have long promoted highly coveted Wall Street investment banking jobs and have been less enthusiastic about pumping up positions at community banks. However, one meeting participant noted that Wall Street jobs are shrinking and community banks are thriving. He suggested that the industry can do more to help schools understand what opportunities exist and help decrease any potential stigma.
Another idea raised was to focus on increasing financial literacy at the high school level, so teenagers become more aware of what community banks have to offer. This could help open students' eyes to career possibilities they didn't know existed.
An IN community bank decided to take this one step further by creating a summer internship program to both give college students first-hand experience to use their skills in the banking industry and highlight the local opportunities at the bank for these young prospects.
Meanwhile, some universities are taking things into their own hands and stepping up efforts to train the next generation of bankers. Marquette University, for instance, is launching a new banking program in the spring of 2017 that it hopes will help lead students down a banking career path. Planning for the program has been in the works for about a year and a half.
Increasing the talent pool at community banks is an ongoing effort and bankers are reaching out to local colleges and opening up a dialogue as one way to address it. Together as an industry we can help ensure that community banks have a rich selection of candidates to choose from for many years to come. Now that is truly something to sing about.
Subscribe to the BID Daily Newsletter to have it delivered by email daily.

The boards of New York Community Bank ($45.9B, NY) and Astoria Bank ($14.8B, NY) have agreed to terminate their $1.94B merger deal announced prior. Analysts speculate the deal likely came apart after Astoria perhaps sought out a better price given surging bank equity prices over the past few months and regulatory approvals continued to drag on.

PayNet Research finds it costs about $4,000-$6,000 to underwrite a commercial loan credit application.

Changes in banking regulations have pushed the level of bank assets invested in US government securities to 16% vs. 11% prior to the credit crisis.

Bloomberg reports the world's wealthiest people are expected to end 2016 with $237B more than they had when the year started.