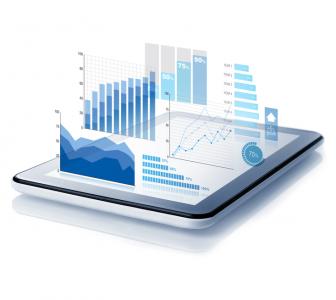 Some of you may remember the "Super Nanny". It was a popular reality TV show from 2005 through March 2011 where Jo Frost, a nanny extraordinaire, helped families to control the behavior of their disobedient children. After her visits, the families were left to continue on the lessons she taught. This sometimes worked but sometimes didn't. We are not trying to imply that banks are disobedient but you would never know that from all the regulation. As such, comparing the behavior charts of the Super Nanny and regulators seems an easy one to make. That being said, there could be some hope.
According to the Bank Compliance Index (BCI) assembled by the Banking Exchange, the enforcement climate has gone from "warm" to "cool" recently for banks with an average size under $350mm. Bank enforcement actions were reportedly down for the first half of the year and dropped dramatically in the Q3 for these banks. The Index found 99 enforcement actions in the Q3, a drop of 36% from the Q2 total of 150. Q2, in turn, fell 13% from the Q1. What's more, the rate of enforcement fell to 6.5% in the Q3, dropping below 7.0% for the first time.
Several explanations for the decline in enforcement actions against community banks were posited including: the election cycle, greater emphasis on large banks, a declining number of community banks, and legislative pressure and judicial rulings in favor of less restrictive enforcement and punishment.
Not mentioned was another possible explanation: better compliance. As community banks gain experience with the new era of heavy regulation, their ability to effectively comply very likely has improved as well. In addition, high-profile enforcement actions are a powerful motivator for those who may have put less emphasis on compliance in the past.
Before anyone starts celebrating, though, there is also some sobering news. While enforcement actions may have eased a bit, regulations continue to pile up, adding additional costs for compliance. The BCI counted 77 new rules and changes during Q3, which was about on par for the number of regulatory changes in recent quarters. The BCI calculated that banks would have to spend about $39,000 extra on average, just in compliance costs, and add 1.63 full-time-equivalent employees to keep up with the Q3 changes. For the lagging 12 months ended in September, banks have had to spend about $150,000 each to deal with changing rules and regulations, according to the Index.
For bankers, it is the cumulative effect that is crushing. Compliance costs have been rising steadily since the recession, which brought a wave of new and changing regulations to the industry. As other studies and surveys have shown, there are economies of scale in compliance, so smaller banks have a harder time keeping up and paying the cost of increased and changing regulations.
Given this mixed bag of news, community bankers may not feel too pleased about their current regulatory cost situation. Although regulatory costs continue to rise, discussion continues to swirl in various areas as to how best to reduce it. If anyone has any success and enforcement actions continue to decline, things may be looking better for community banks. Hopefully, that means the number of regulatory "timeouts" for community banks may indeed be decreasing.
Subscribe to the BID Daily Newsletter to have it delivered by email daily.

Research by Deloitte finds 82% of survey respondents say culture is a potential competitive advantage, but only 28% say they understood their culture well and only 19% said their company had the right culture.

To help US banks keep tabs on things going on overseas given the potential impact to our country, we note the Q3 GDP number just released for the Eurozone was in line with expectations at +1.6% YOY. By major country, Germany came in at +1.7%, while Italy was softer at +0.9%.

Research by TSYS of consumers finds 49% use a mobile app to interact with their bank or access banking information more than 1x per month vs. 39% last year - a 26% jump YOY.