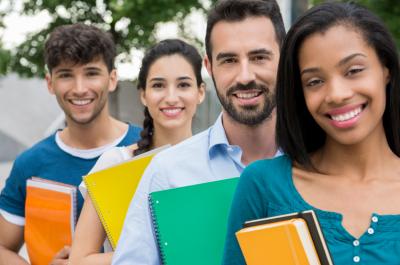 When it comes to scientifically measuring something, it is important to make sure there is a control group. This group is separated from the rest of the experiment so whatever is being tested can be compared to something else that has not been tested once everything is done. That way, scientists can compare their experiment results to a baseline.
Fortunately, there is no need for a control group in the student loans statistics published by MeasureOne. Here, the company looked at data provided by 6 big players in the student loan industry: Wells Fargo, PNC, Citizens Financial, Discover Financial, Sallie Mae and Navient. This group combined represents some 65% of the private student loan market. So, when the data shows the percentage of student loan delinquencies is diminishing, it is a solid trend.
MeasureOne experts just examined the indicators of the first quarter of 2016, and all of them show an increase in the quality of repayment. Early stage delinquency rates that focus on 30-89 day late payments were 2.6% during the first quarter of 2016. Last year it was 2.9%, so this is more than 10% better YOY. Better still, from the 8.2% peak in 2009 things have improved over 68%.
Meanwhile, late stage delinquency (90 days or more) follow the same pattern and also have been declining. Here, the data finds the rate is declining by 16.8%, YOY. It was equal to 2.5% in quarter one 2015, but just 2.1% in quarter one 2016.
All in all, student loan delinquencies are at their lowest level since the great recession - an encouraging sign for bankers.
For its part, the NY Fed analyzed student debt post-2008. It discovered that this debt was the only form of consumer debt on the rise. Here, the data showed outstanding balances of student loans seemed bigger than auto loans and credit cards, and they were the largest class of consumer debt aside from mortgages.
Certainly, numbers can make a person dizzy at times, so let's go even deeper. According to MeasureOne, the entire student loan market has reached $1.36T. The federal government is responsible for the bulk of the market and private student loans represent $102B, or about 7.5% of the total.
It is interesting then that the private portion looks more appealing. This is probably because the economic stature of the student has improved along with GDP. After all, the unemployment rate for adults age 20 to 24 was 15.8% in early 2010, but the most recent numbers for July 2016 reflect a rate of 9.0%. That means more recent graduates are finding jobs and as such can now pay off their loans.
Another interesting sign is that co-signing is more popular. During the financial crisis, about 61% of graduate loans included the guaranty of a family member or a very close friend. Nowadays, co-signed loans for undergraduates exceed 90% - giving another security layer for banks.
All told, about 75.5% of outstanding private student loan balances were in repayment status at the beginning of 2016, a big jump compared to the 67.0% back in 2011.
It looks like you don't have to know a lot of math to see that loans to students are improving. You might not even need a control group to prove it out.
Subscribe to the BID Daily Newsletter to have it delivered by email daily.

KC Fed President George warned bankers in a speech that cybersecurity threats are quickly increasing for the payment networks of the financial system and that banks must keep pace with rapidly evolving and expanding risks.

Data from KBW finds this year it took about 159 days between a deal announcement and completion vs. 137 back in 2010. That is about 16% slower and is nearly a month longer. Investment bankers point to longer regulatory reviews and a more thorough due diligence process by potential buyers (particularly related to compliance matters).

Deutsche Bank Securities will pay $9.5mm in fines to the SEC for failing to properly protect material nonpublic research information. Meanwhile, Navy Federal Credit Union will pay $28mm in penalties and customer rebates to the CFPB related to deceptive customer representations around its debt collection activities.

Bankers should note that the City of Los Angeles was so incensed by the Wells Fargo account opening scandal that they have introduced legislation that would require banks that work with it to eliminate sales goals and provide consumer protections to the City when banks bid to offer services. Expect other cities nationwide to review this and perhaps even go further as they continue to respond to this issue.
Copyright 2018 PCBB. Information contained herein is based on sources we believe to be reliable, but its accuracy is not guaranteed. Customers should rely on their own outside counsel or accounting firm to address specific circumstances. This document cannot be reproduced or redistributed outside of your institution without the written consent of PCBB.